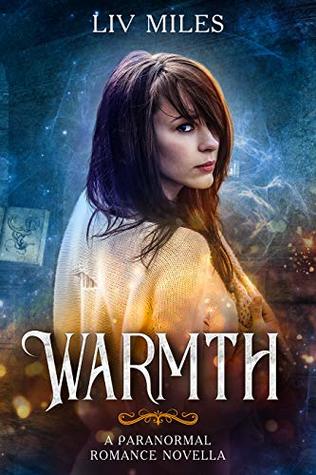 Can he ever forgive her?

Fire witch and full-time outcast Ariel Manchester thought her dreams had come true when Jordan Walker, her crush since high school, kissed her on New Year’s Eve.
But when Jordan reveals that he is a vampire and she is his midnight snack, Ariel uses magic to save herself— and in the process, burns her attacker to a smoldering crisp.
Now Jordan’s dark and mysterious brother, Ryan Walker, is out for revenge. A talented warlock with a knack for spell casting, he summons a demon to take care of Ariel once and for all.

But Ariel isn’t Ryan’s only problem.

There is a price to be paid for meddling with the supernatural. A price that must be paid in blood.

And there’s only one person he can turn to for help.

Enter a new world of paranormal suspense, fantasy, and new adult romance with this debut novella by Liv Miles!

I was so into this story at the start of the novel! Ariel was such a tragic character. She clearly did not have full control over her powers, even though she had been practicing for years. Now she murdered her high school crush. Sure, he was attacking her at the time and trying to drink her blood because he was a vampire. But that doesn’t mean that he deserved to die. Ryan, his twin brother, is after her now. He doesn’t believe that it was an accident and sends a demon after her.

I liked that Ariel didn’t just “get over’ the murder. She knew that something wasn’t right about the entire situation, but she had to keep moving on with her life. Even as a demon was after her, she continued to be civil to Ryan and go to her classes.

Ryan was a bit much for me. I thought that he hated Ariel, and this made him quite an interesting character. Then, he randomly started falling for her. And she started falling for him! There was no paranormal influence in the romance portion of the novella, it was just instalove. I wouldn’t mind instalove, but under these circumstances, it just seems rushed. Ryan still thinks that this girl killed his brother, but he is just going to drop all of these thoughts on a random feeling of “like.” If his hatred of Ariel hadn’t been so severe at the start of the novella, the transition into the “love” storyline would have been smoother.

Overall, this was an okay romance novella. I didn’t love it all the way through, but the story was interesting. I ended up liking the demon/murder plot more than the romance plot. This would definitely have made a great paranormal murder novella with a bit of romance at the end! I would recommend this to anyone looking for a fantasy/mystery short story.