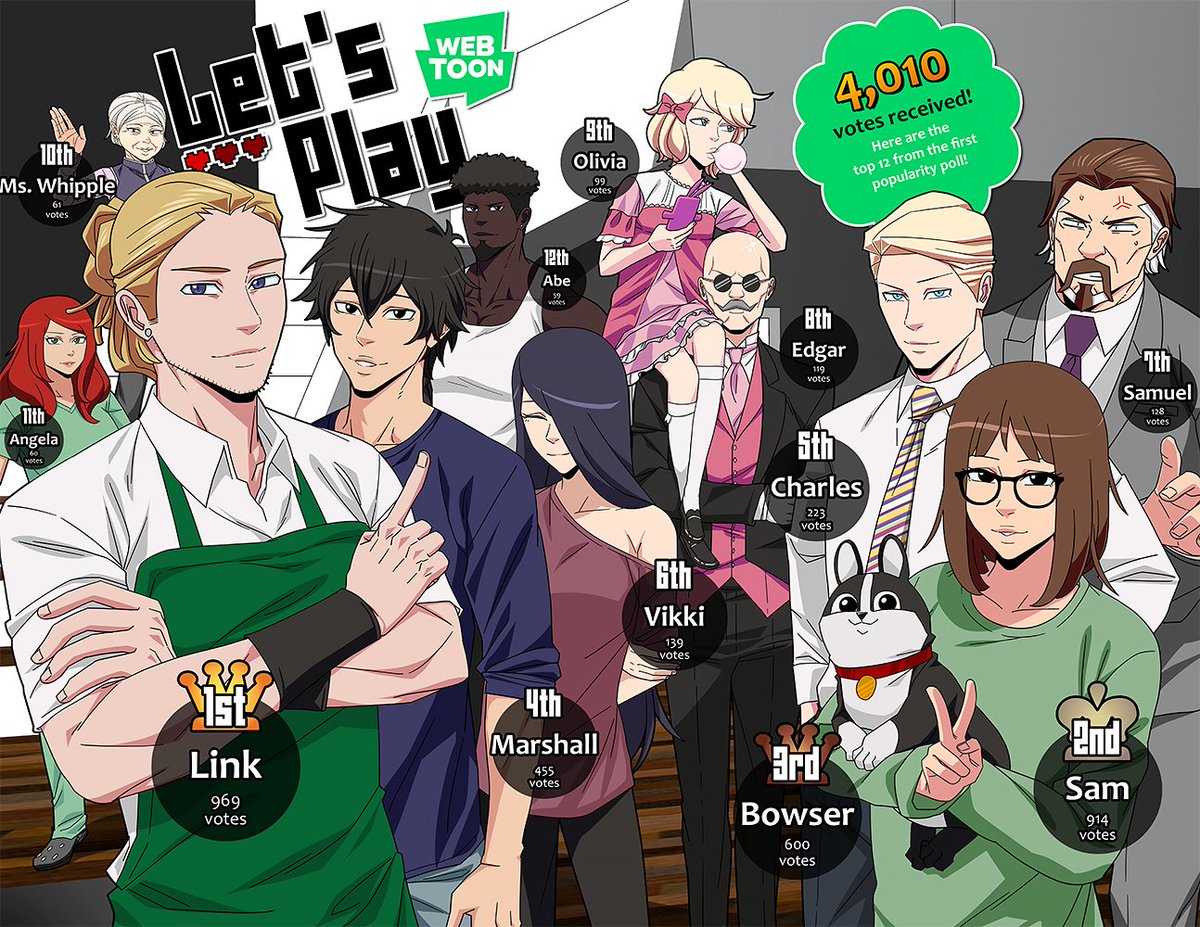 This Webtoon Wednesday is less of a review and more of me just talking about a Webtoon I started reading yesterday. I instantly fell in love with it, but I am only about 5 chapters in. Half of the characters in the picture above I haven’t even met in the Webtoon yet!

Sam is a game developer, and she was originally proud of her first puzzle-adventure game Ruminate. She spent hours and hours on it and was so happy when it had been given positive reviews on the indie game site she published it on. Then a Youtuber named Marshall gave her game a bad review online. He didn’t even read the instructions, got frustrated when he couldn’t get past the game, and ended the video trying to give “criticism” to the game’s developer. His fans then went and review-bombed Sam’s profile on the site until it was taken down for having such a high volume of negative reviews at one time. Then, Marshall moves in next door, and Sam has to figure out how she is going to deal with the neighbor that basically ruined her life.

I love how this comic represents people with social anxiety. Sam didn’t break down meeting Marshall, but then she had a panic/asthma attack with her friends when she was thinking about how to live next to him all the time.

This comic also talks about being a Youtuber or an indie game dev. Marshall had to be up all hours of the night, even when he was tired, just to make content for his viewers. Even when he was tired he would put on a happy face just to try to put out content on a regular basis. Sam put a lot of time and effort into her project, but one big Youtuber getting the wrong idea about her game, and her career was just about ruined in an instant. Review bombed and the original ratings might never return. I have never heard of this happening to someone who actually didn’t do something wrong in the gaming community (like a Youtuber calling out a developer for being a racist or bad to his employees or something), but I am sure that it has happened. I am glad that Mongie, the author, is bringing light to these important issues.

I am not going to give a rating as I am not very far in the episodes, but I will update you all on my final rating in a different post once I am completely caught up. Thanks for reading!