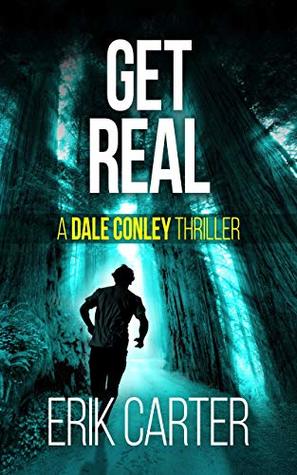 Dale Conley is struggling to be the voice of reason—because everyone around him is losing their minds.

San Francisco is in a panic. The entire city is hunting Jonathan Fair—son of a prominent crime family, sufferer of manic hallucinations, imprisoned bank robber … and recent escapee.

With the world watching and as the crimes pile up, Dale feverishly tracks Fair, whose delusions have convinced him he’s living in a different time, making his actions erratic. And almost impossible for Dale to decipher.

Meanwhile, other, darker forces are using the circus surrounding the Jonathan Fair manhunt to move into position, poised to strike a blow to San Francisco…

I haven’t read a Dale Conley thriller in quite a few months, and I definitely didn’t know how much I needed to. This book got me out of a reading slump!

Jonathan Fair has managed to escape a mental hospital/facility. He suffers from manic delusions, and also has several different personalities that can completely take over his mind, so the city does not know what to expect from him. If they hunt him down like a criminal, they might come across a man with a child’s mind. If they hunt him down like a sick person who needs to return to the hospital, they might come across a murderer. Dale is hired to help catch Jonathan Fair, and he has to work with Yorke, another female cop, to figure out where he is. Jonathan is leaving secretive messages all over the town, which is sort of helping out the police, but they are still being lead on a wild chase throughout San Francisco. But was he the only one to escape the facility?

One of the main characters in this story is Jane. She is John’s sister and knows the truth about his struggle with mental illness. Hoping to find her brother before the police do, she tries to use the clues to figure out where John is, and which personality he is going to be at the moment. She has given up most of her life to try to protect her brother, never having any relationships and moving constantly to be closer to her brother. She doesn’t want to see her brother put in jail for something that he most likely doesn’t remember doing, and she knows that he is trying to reach out to her so that he can continue to get the help that he needs.

I’ll admit, it took me a bit longer than I would have liked to get into the book. The beginning made me feel as if I was flying from scene to scene, and I had no clue who most of the characters were. But when Jane came into the story about a third of the way through, I was immediately hooked. Her character truly propelled me through the rest of the novel, and she ended up being my favorite character in the entire novel. She really made all the pieces fall into place, as she gave the readers information about John’s true nature.

By the time I got to the end of the book, I was honestly surprised at how quickly I got through it. I felt like it had taken me longer to read the previous Dale Conley book. But I definitely liked that the novel, it didn’t have the usual “pages of boredom followed by a few minutes of thriller” that I see in several mystery novels. Once I got past the first 25% of the book, which I finished in probably less than 30 minutes, I was on the edge of my seat. There were no moments where the story bored me, I was constantly trying to use small clues to solve the mystery. I raced to the end, and immediately was ready for the next Dale Conley Thriller!

I would recommend this book to anyone looking for a new mystery-thriller novel with an addictive storyline that will keep you on the edge of your seat.

I received an advance copy of this novel and this is my voluntary review.