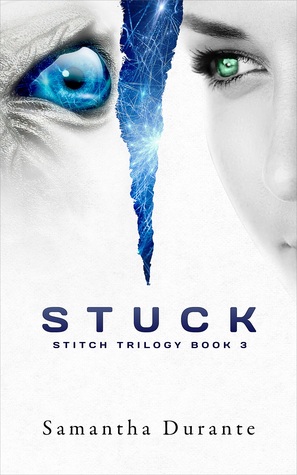 Things are finally looking up for the Resistance. Sure, Alessa is still processing the revelation that the best friend she’d presumed dead is miraculously alive, though far from well… And her boyfriend is being manipulated under threat of blackmail. But her quest for justice against those behind the systematic extermination of the world population is so close to victory she can taste it.

And then in a matter of seconds, everything Alessa believes in is shaken to the core. Months of preparation are obliterated. The people she cares for most are lost.

But Alessa is still standing. And Paragon must pay.

The odds are grim, but unexpected allies surface in the most unlikely of places: A new pair of citizens still under the colony’s rule who notice something amiss in the latest drama. An old adversary who realizes the error of her ways. And a veritable army of inhuman power and terrible strength, with an insatiable thirst for vengeance. The trustworthiness of each of these factions is yet to be proven, but without many other options, Alessa may have to take what she can get. Especially since the Engineers, never to be outdone, also have a few more tricks up their sleeves…

Before I start this review, I will be discussing some minor spoilers in this review. If you are fine with non-story-ruining spoilers, then read on.

Let’s start with the characters that I had the fewest problems with, Lizzie and Regina. Lizzie was named Phoenix, and had lived with the Developers for almost the entirety of Book 2, but she has been rescued by her mother Regina. Regina is the head of the rebellion, and while she is glad to have her daughter back, something isn’t right about her. While Regina is trying to stop the monsters from attacking their base, Lizzie is secretly trying to figure out how to make the rebels see that Paragon isn’t the enemy in the situation. She doesn’t know how she is going to do it, but she can’t let the rebels destroy Paragon and lose their one chance at happiness in this messed up world! The Developers told her everything when she was in the lab being healed, and they wouldn’t lie.

My biggest problem with Lizzie was the fact that she has such an interesting backstory, but it isn’t even really discussed until the end of the book, AND it felt rushed when it was discussed. She was such an interesting character, being the daughter of the woman directing the entire revolution, but she was barely discussed until the third book of the series. I didn’t even get to know her full story before the book was over! And how did her mother become the head of the revolution, this isn’t discussed either. So many possibilities, but none of theme were explored.

Then we move to Alessa’s sister Janie. She’s been kept captive by Paragon so she is sick, and she had been making friends with a next-door cell neighbor in book 2. But again, she is a forgotten character in this novel. Heck, I know more about the two characters that were just added than I know about her, and she is supposed to be the brave girl who risked her life by staying in Paragon to save her sister! She just flashes in and out of the story because of her illness, and then the story is over.

Finally, we get to the two characters that I had the most issues with. Alessa and Isaac. I am going to treat them as one character, as they are together for most of the story. This is where the slight spoilers come into play, so be warned.

Alessa and Isaac are important to the revolution, but every time something gets a little bit difficult or stressful, they just go off to have sex somewhere. I assumed that they were being responsible, so I didn’t really care. Then, Alessa starts throwing up out of nowhere. So you are telling me that in the middle of the apocalypse, they are the heads of the rebel organization, but aren’t smart enough to keep Alessa from being pregnant? I blame both Isaac and Alessa, they both are smart enough to keep Alessa from being pregnant. And then, in the middle of the book, before Alessa is confirmed pregnant, you find out that all babies born after the infection have died hours after being born. And Alessa apparently KNEW this as she was conducting research for the rebels. So now, she is going to give birth to a baby that is going to die, and this entire situation was avoidable. I just……..I just can’t.  I’m not saying that they shouldn’t have been intimate, but to get her PREGNANT basically during the apocalypse.

Besides these many issues, the overall ending was alright. I ended up liking the two extra characters, as they gave the readers a way to see what it was like to work inside of Paragon and work for them. I don’t think that the ending could have truly been done differently, so I was satisfied with it. I just wish that so many character’s stories hadn’t been left behind in the book. I would have been fine if they hadn’t tried to expand them in the first place, but leaving them unfinished left me unsatisfied at the end of the book.

I received this book and this is my voluntary review.