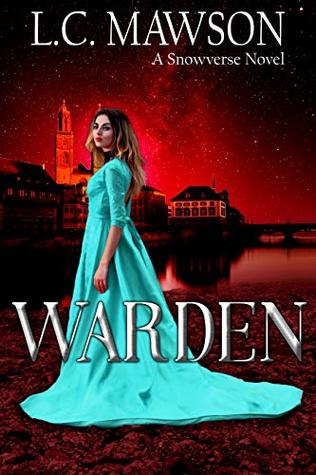 Freya always knew that opening her heart was dangerous, she just didn’t realise how close the danger was.

Settling in as Princess of the Underworld has Freya in the most stable and safe period of her life that she can remember, even with the shadow of Lord Uther still hovering over her.

Damon and Freya are happily married, but then Freya gets a new tutor to help her hone her elemental powers. Isabelle is an elf, and Freya mayyyy have a bit of a crush on her. But it isn’t her fault, every time she goes to practice Isabelle’s Elf magic nearly puts her into a romantic haze! Freya doesn’t want to act on this attraction, as she doesn’t want to upset Damon. But her Shadow Realm counterpart has no problem with flirting with Isabelle.

I have to say, this has been the calmest Freya Snow book in a while! It wasn’t completely devoid of action, which was good, but it definitely wasn’t action-packed throughout. I got to see what was going on with characters that I had missed in the past few installments and see more of how Freya and Damon’s relationship has developed. To be honest, I wish there were small novellas so that I could see how each character’s relationship has developed. I am so addicted to each character that I could fill up a whole book just on my imaginative thoughts about each of their relationships.

I have to say that the ending was a bit sad, especially seeing how things were going in the novel. I won’t spoil anything, I swear, but I had such hopes and they were dashed. I can only read the next book and figure out what happens to the characters.

The only thing that I thought was missing in this novel was the discussion of Damon being autistic. I know that this has been discussed in previous novels, but I don’t think it was resolved? I’m not upset about this, but I hope that this story arc will be revisited in future books.

This was on the longer side for Freya Snow novels, which was nice because it allowed for more conversations between the characters instead of just leaping from action scene to action scene. Nevertheless, I know the next book in the Freya Snow series will be intense, as it is almost 100 pages longer than this one! I can’t wait.

I would recommend this series to anyone looking for a fantasy series with a diverse cast of characters.