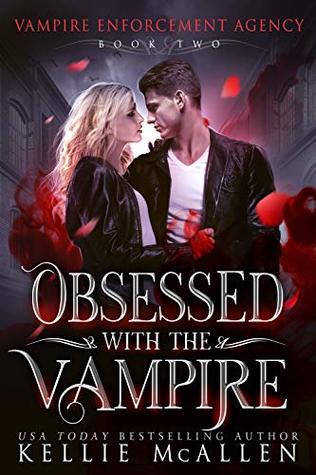 Never trust vampires. Why can’t Caroline remember that?
Now that her bloodlust is under control and her relationship with Roric is developing into something more than a mentorship, Caroline is finally starting to accept her new life as a vampire.

With the rogue population exploding around them, Caroline wants to do her part to help the newly-turned and prove to herself and the world that vampires aren’t monsters. But when Roric refuses to let her put herself in that kind of danger, Caroline isn’t sure if he’s motivated by love or his obsessive need for control.

When a terrible situation forces her to make an impossible decision, Caroline must choose between breaking the law and saving an innocent victim. But can she, and her relationship with Roric, survive the choice she makes?

Caroline is getting used to being a vampire. She no longer has to avoid humans, and she is learning how to live a more nocturnal life. Her relationship with Roric seemed to be going well at first, but then Roric becomes more and more controlling. He doesn’t want her to work even though he works in a dangerous job himself, and doesn’t even want her to go out. Their relationship is on even shakier ground when Caroline directly disobeys Roric’s wishes and goes out at night, happening to stumble across a vampire attacking a human. Her choice during this attack will determine the fate of their relationship.

I’ll admit, I wasn’t quite sure how this series would play out after I finished reading the first book. This book definitely exceeded my expectations. The arc of having Caroline stumble across a dying human and being forced to make the same choice Roric did was well thought out. I also like that this story is showing how insta-crush may not be the same as love. Caroline would have never thought Roric would be so controlling when she met him, but now, she doesn’t know if she will actually want to stay with him. They didn’t just instantly fall in love and never have any relationship problems.

There are also side storylines about three different, one of whom is the girlfriend of Roric’s best friend. She is also going through problems with the vampire who turned her and then fell for her. I definitely preferred Ivy and Taven’s story to Caroline and Roric’s romance, and I actually hope that this couple stays together.

The other two characters have too many spoilers in their storylines for me to discuss them here, but I can say that I didn’t like them as much. By adding so many points of view to this novel, I felt as if I was constantly flying from character to character at times, without really getting to know each one individually. I am still struggling to remember which scenes were for which character as I am writing this review! The only two storylines that were absolutely clear to me were Caroline and Roric’s, the rest blended together.

This book is also not as focused on romance as the previous novel, as most of the characters have one-night stands as the majority of their romantic interaction. I don’t particularly have a problem with this, as the pairs are not set in stone yet, but it made it so that I didn’t see many of the characters have any sort of connection with each other (besides Ivy and Taven). I hope that this is remedied in the final novel, with no character being left hanging at the end of the series.

Overall, this book was a good sequel to the first novel, but it does leave a lot of things to be tied up in the last book with the addition of so many new characters. I hope that it ends well, and that certain things aren’t forgotten towards the end.

I would recommend this series to anyone looking for an adult vampire paranormal romance trilogy.