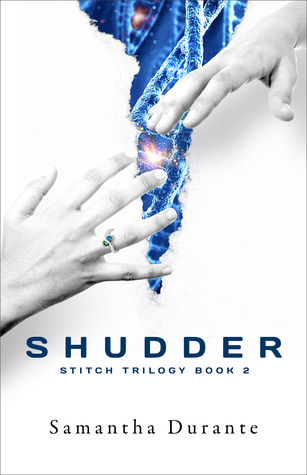 It’s only been three days, and already everything is different.

Paragon is behind her, but somehow Alessa’s life may actually have gotten worse. In a wrenching twist of fate, she traded the safety and companionship of her sister for that of her true love, losing a vital partner she’d counted on for the ordeal ahead. Her comfortable university life is but a distant memory, as she faces the prospect of surviving a bleak winter on the meager remains of a ravaged world. And if she’d thought she’d tasted fear upon seeing a ghost, she was wrong; now she’s discovering new depths of terror while being hunted by a deadly virus and a terrifying pack of superhuman creatures thirsting for blood.

And then there are the visions.

The memory-altering “stitch” unlocked something in Alessa’s mind, and now she can’t shake the constant flood of alien feelings ransacking her emotions. Haunting memories of an old flame are driving a deep and painful rift into her once-secure relationship. And a series of staggering revelations about the treacherous Engineers – and the bone-chilling deceit shrouding her world’s sorry history – will soon leave Alessa reeling…

Alessa and Isaac are finally back together, and they have both escaped the facility. They are trying to figure out how to live in the wild together as they look for a new bunker for the resistance to move into. Without a stable bunker, the resistance members will remain in the facility being experimented on by Paragon. While hunting for this space, Alessa always has a feeling of warning before they are in any danger, and this comes in handy. But on the other hand, sometimes she is attacked by debilitating head pain and is put out of commission for minutes at a time, and she doesn’t know why. She also misses her sister who has been left at the facility, and is also struggling to love Isaac without thinking about his brother that she also loved in the past.

I have to say that this book suffered a bit from trying to shove too much into a fairly short book. We spend most of the book learning about Alessa and Isaac, but then we jump to Nikhil and a mystery girl exchanging notes in a jail cell, and then a girl named Phoenix learning from scientists while in some sort of hospital. At the end of the story, it all comes together in some ways, but I felt as if I was flying around from scene to scene. Every time something got good with one character, it was onto the next character. Then by the time it got back to the old characters, it felt as if they were in a completely different situation and that I had missed something. I hope that this changes in the last book of this trilogy, as I want to be able to see all the characters individually for the finale.

Besides the fact that the story jumps around quite a bit, the individual storylines with each character were smooth and showed a lot of character development. Now you know how each character is linked to each other, and the backstories of the characters are also being revealed. Even though most of the characters haven’t shown up until this book, I am already quite attached to them, and I can’t wait to see more of them in the final novel.

My only real complaint about this story was how short it felt! Even though the paperback says nearly 400 pages, the digital edition seemed much shorter than that, and I wanted to know so much more about the characters. I don’t know that the finale will still give me the information I desire, but I can hope!

Overall, I did enjoy this sequel, and I can say that I am truly dedicated to finishing this series soon. I also can’t wait to see what else Mrs. Durante is going to write!

I would recommend this book to anyone looking for a new YA or NA novel.