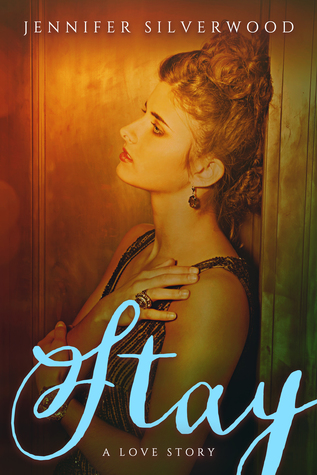 “Sometimes, love isn’t as magical as people expect it to be…”

Rona believes love is nothing more than a myth, a tale for little girls. Until the immortal ruler of the seas appears from thin air and she is swept into a dark and dangerous affair, turning myth into a grave reality.

Commanded to work as the savior of true love, Rona realizes that love is just an illusion as grandiose as magic and after two thousand years, she is ready to give up. Until the night a human, deep in the underbelly of the city that never sleeps, sees her. She recognizes him instantly, a lost love. Trouble is, he has no memory of her.

Tasked with mending a relationship between the love she lost thousands of years ago and another woman, Rona will have to learn what it means to be human all over again when past and present collide.

Can love transcend time or will Rona be forced to roam the earth alone, forever?

This book is a mixture of a mythology story and a romance novel, and I loved every minute of it.

Let’s start with Rona. She is a unique character who has been cursed by a former lover. She has spent the last 2000 years protecting the true love of various humans and helping humans escape fake love and find true love. They never see her, never know she is there, and she is unable to show herself to them. It is a lonely life, but it is the life she has been chosen to live. Then she meets Cain. He has the same face as her former love, but it is marred by a scar. He can see her, and she does not know why.

To be honest, she put up more of a fight than the normal girl-who-meets-hot-guy-but-is-on-a-mission characters usually do. She tried to push him away with all that she had so that she could reunite him with his true love, his ex-girlfriend. He just wouldn’t allow her to, as he wanted to be with her as well.

I loved the storyline with the ex-girlfriend. She may have originally come off as being an awful person, but Silverwood makes sure that her readers do not leave the book seeing her as some sort of villainous character. She was not a villain, she was just a victim of her own circumstances. Sure, she didn’t make the best decisions, but she was trying to get out of her situation. She also didn’t do that much to try to hurt Rona, even though she did try to get her a job with her boss.

The story started off slow, but I flew through it once it picked up the pace somewhere around the middle. I enjoyed both the beginning and the middle of the story, but I have to say that I didn’t like the ending at all. I just….it just didn’t make any sense to me. If the book had ended the way that I thought it would, it would have been perfect in my head! But it didn’t. After all that character development too! It just seemed to fall short. But besides the ending, the book was awesome.

This book had no editing errors that I noticed as I was reading it. The cover is also pretty, which is a plus! But even though the cover made me think that the book was going to be a more mature read, it is relatively clean. There weren’t any detailed sexual scenes that I picked up on as I read.

I would recommend this book to anyone looking for a new urban fantasy romance novel.