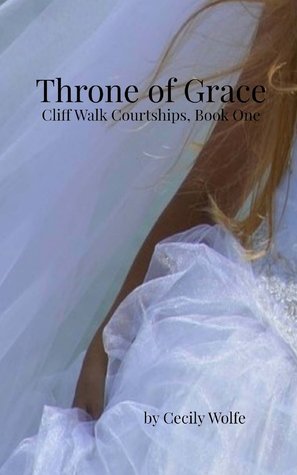 Arthur Davenport has it all: looks, money, and a successful future planned by his parents. He knows that something is missing, but when he and Josie, his mother’s maid, develop a friendship that can only be based on Christian values, he realizes that his love for her is the key to his happiness. Can he convince her that he would gladly give up his life of luxury for a life of service with her?

Newport, Rhode Island in the last decades of the nineteenth century was a stunningly beautiful and glamorous playground for the rich during the summer months, and a perfect setting for a romance between a rich young man from New York City and a local girl who works for his family. The two couldn’t possibly expect to have anything in common, as he is expected to follow his father in a financial career and she is merely a maid with a mother who takes care of local children while their parents work. Arthur Davenport, spoiled and bored, unsure of his place in his family and in the eyes of God, truly meets his match in Josie Warren, who is often just a bit hard on herself for not being the perfect Christian in thought as well as deed. The two meet on the famous Cliff Walk, and neither of them can imagine where or how their instant attraction will take them as he struggles to make his parents understand that his calling is the same as hers, to help those less fortunate. He has no money of his own, and if they disinherit him out of disapproval, how can he help Josie, who has spent her life working hard to help support herself and her mother? More importantly, how can he convince her that he would gladly give up his life of luxury just to be with her?

This has been the first time in a while I have seen historical romance/fiction involve religion, and truly do it properly. I absolutely loved this couple and this story!

Josie works for Mrs. Davenport as a servant, and she is good at her job. She would never do anything to disappoint her and works hard at her job every day. She meets Arthur Davenport, and they start talking about their Christian beliefs as friends. They grow closer and feel safer talking to each other about deep spiritual matters that they wouldn’t trust anyone else with. Arthur confides in Josie about his plans to help the struggling “townie” community who rely on the rich summer vacationers for their year-round income, and she supports the idea. But then, her income is put in jeopardy as Mrs. Davenport does not condone Josie’s friendship with her son. Arthur must find a way to continue to prepare to reveal his project and financially support the woman he has begun to fall for.

Josie and Arthur’s entire relationship is based around their love of God and trust for each other. This is proven through their growth in this story. There isn’t a moment where they aren’t looking out for each other and having deep, meaningful conversations with one another. I could truly see how much they cared for one another, without them being outright romantic.

I just wish I could live in this world, where people fall for each other slowly, by being close confidants mentally and spiritually, before committing to each other for life. I just loved every scene that Arthur and Josie were together in!

Besides the romance, the regular storyline is so unique. Josie is a servant girl who wants to help her mother, and Arthur is a “spoiled” rich boy who has never had to work a day in his life. After going on an eye-opening trip, he wants to give back to the forgotten workers of the town. He is willing to do it even if he has to go through all of the rich summer vacationers that were his friends! Very inspiring.

The only issue I had with this book was that the ending felt a wee bit rushed, but as this is a series, I expect to see the future of these characters play out in the upcoming books.

I would recommend this book to anyone looking for a new historical fiction romance!