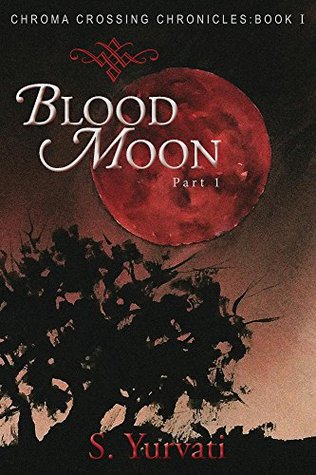 Hunky pheromone-laden-man meets pretty accident-prone female—it should have been a love story with a happy ever after ending.

However, when the bored deities choose Candy and Thorne for an amusing game, the gods/goddesses put forth sets of circumstances that can tear the couple apart and wound them deep within their human souls.
City girl, Candy wanted to become a successful artist and maybe someday find a man who would make her feel loved and valued, a feeling she’d never known while growing up. However, with a name like ‘Candy Cane’, males never failed to remind her with a wink and snicker, how it sounded like she was a ‘professional’. And ‘professional’ held so many connotations, none of which she had in mind regarding relationships with men.

With her father’s sudden demise, Candy finds she’s inherited funds and a carriage house in beautiful historic Savannah. Not only can she now afford to go to SCAD, her future as an artist looks promising. Unfortunately her step-mom (and her disturbing son Todd) resides in the main house. When Candy gets her first commission for a life-sized portrait of a beautiful woman from a rather unsettling man, she soon questions what had seemed coincidental.

Candy is a modest female who has always found solace in her artwork, whereas her widowed step-mom, Cherry Ann, considers physical pleasure and money as her measures of worth. And as Candy pursues her art, Cherry Ann pursues a new lover who expands her world of sexual gratifications far beyond past parameters. Cherry Ann finds her new risqué sex life to be addictive and doesn’t recognize the danger of the man she’s invited into her life.

After surviving a couple of ‘accidents’, Candy realizes someone apparently wishes her harm. When she’s chased (by the one thing she fears most) Candy accidently, or so it seems, crosses into a new dimension, land or whatever. She finds herself in an unknown wilderness without resources, let alone a map, or GPS, plus she left her cell phone at home—again. Looking around she sees a curious terrain that is void of color, thus leaving the landscape looking like an old sepia photograph, hardly the Savannah spring day she’d left behind.

The artist in her wants to understand how primary colors could disappear to leave a land so colorless . . . so entirely beige-ish. How could such a phenomenal occurrence come about? A land without modern conveniences—almost as though she’d stepped into a time past, yet that wasn’t quite accurate either.

As Candy literally stumbles through the wild terrain, an intriguing hunter comes upon her. His presence makes her girlie parts beg to become ill behaved, and before she knows it, her hormones are arguing with her strict moral compass.

This story starts off very confusing, and it doesn’t really get more coherent until near the end of the book.

By reading the synopsis, I thought that this book would focus on Candy being found by the hunter and that the majority of the book would be about her stories with him. She actually doesn’t fall into the different dimension until the book is around 50-75 pages from being over. That means that there are around 300 pages of information being given before we even get to the main plot.

We start the book by hearing from the gods, who are never really involved in the rest of the story. Then we are introduced to Candy, who has just lost her father, her horrible stepmother Cherry Ann, and her horrible stepbrother Todd. Then we are introduced to Liam, Candy’s gay roommate, and Mark, the guy who asks Candy to paint an important picture for him and then seduces her stepmother.

This book definitely has its dark portions. Candy learns about the dark past of a girl through her journal. Cherry Ann is led into a dangerous relationship with Mark, that seemed a bit non-consensual, but I couldn’t quite tell. Mark might have been manipulating her at first, but then she kinda seemed into it? Either way, it was just wrong. And that’s not even mentioning Todd’s sick relationship with his mother and his strange obsession with his step-sister. I was expecting it to be dark, and some parts of the story definitely made me cringe. If you are interested in dark fantasy novels, this might just be for you!

Honestly, this story really has potential. It has so many parts working for it, and the plot is interesting. My only problem is the way that it is told. It is told from multiple POVs, which wouldn’t be such a problem if they didn’t switch so randomly. Sometimes you would be in the middle of an important story piece from Candy, and then it would switch to Todd doing something creepy, or Mark with Cherry Ann. Definitely made me want to just rush through those parts to get back to the main storyline.

Also, the fact that the main part of the story doesn’t start until the end also threw me off. I feel like a short description of some of these parts would have been sufficient, with a prequel full of the rest of this story for anyone who truly wanted to know about Candy’s life before she went to the new realm. It just made the book feel clogged with a lot of unnecessary information about the funeral, and her friendship with Liam, and all these other small details.

Overall, this isn’t a book that I can either recommend or bash. By the ending, I think it could have potential, but it took me far too long to actually get into the story.

I received a copy of the book and this is my voluntary review.