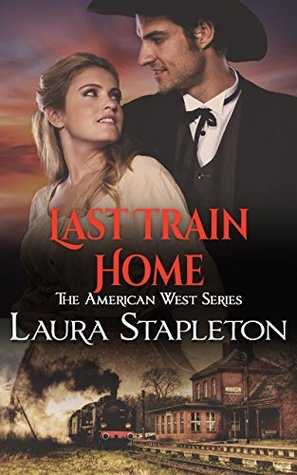 In 1879 Missouri, Jack Dryden’s wife left him just before their adopted children could arrive. When he meets the trio at the train station, he’s unable to send them back to the orphan’s home in New York.

Alice McCarthy takes her responsibilities seriously. She’s in charge of the Hays children and can’t let her feelings about Jack influence her. The rules are clear. She must refuse the adoption. Only, all five of them felt a bond at first sight.

Now they must find a way to bend the rules to continue on as a true family.

Jack’s wife walked out on him the day before they were supposed to collect the children they adopted from the train station. He goes to the station with the intent of letting the orphan’s chaperone know that he can’t take them in anymore. Then, he actually meets the trio of kids, and he knows that he can’t leave without them. The orphanage will not let a single father adopt three children, but he is going to have to try. The chaperone, Alice, decides to stay at the ranch for a few days to see if the children will be a good fit there. Soon, Jack and Alice get closer, and Jack loves the children. Even though he has to fight to divorce his wife and adopt the children, he is determined to try his hardest to make the five of them a family.

I love Western romance stories, and this one combined the orphan train storyline with the unique absent lover storyline. Usually, it is the husband or fiancee who leaves the wife, and the wife finds a better man out west, but this time it was the man abandoned and the perfect wife who appeared.

The family connection was really strong in this story, as the brothers and sister had to get used to living with Jack. He almost instantly stepped into the fatherly role, and he was amazing at it. I got to see the different personalities of all three children through his interactions with them. And Alice, even though she was just a love interest, was a very good substitute mother for them. She had known them for the longest, and she was fiercely protective of them.

The plot of this book moved smoothly without any POV shifts or random breaks in character. I didn’t notice any grammar errors in this advanced version of the novel, and I didn’t notice any formatting errors either. Each character seemed to be well developed, and there were not many noticeable plot holes at the end of the story. It is left a bit open, but it doesn’t stop that abruptly.