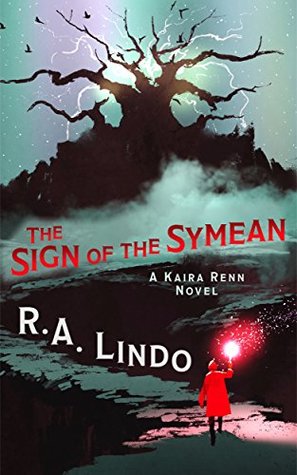 A new urban fantasy series packed with mystery, action, adventure and, above all, magic.

When twelve-year-old Kaira Renn listens in on one of her father’s secret meetings, she hears of strange things: Searings, Melackin and the words which bring quiet to the room below … The Sign of the Symean. Soon after, Kaira leaves the comfort of childhood and enters a place like no other: The Society for the Preservation of Magical Artefacts. In this secret world of wonders, Kaira learns how to use magic, conjuring spells, charms and remedies. She also begins to make links between the strange words overheard on her bedroom landing and the darkness closing in on the magical society. And soon Kaira learns the true meaning of bravery, betrayal – and sacrifice.

I was really looking forward to reading a new urban fantasy novel with a middle-grade protagonist. By the time I got to the end, I had rather mixed feelings about the book.

Let me start with the things that I really liked about this book. Lindo creates an entirely unique world from scratch, and I didn’t feel that this was a repeat of some other mainstream middle-grade fantasy novel. Almost everything had its own unique name, so I was able to differentiate which items were from the “real” world and which were from the fantasy world. There was some sort of council that was in charge of the fantasy world, which made the new world feel complete. Without any form of governing, fantasy worlds can feel too fake.

What I struggled with while reading this book was trying to keep up with the amount of information being thrown at me. I love fantasy worlds that are very in-depth, but I felt almost as confused as Kaira was in this story. All of these new terms were new to me, and by the end, I couldn’t remember what words were connected to which objects. It felt as if I had moved to a country that was sort of like mine, but that spoke a completely different language. There were some “translators” in Kaira’s father and some friends that Kaira meets along the way, but I still felt confused.

The novel is fast-paced, which I usually enjoy, but I believe that it might have been a little too fast-paced. I felt as if I was flying from scene to scene, and while some chapters had semi-decent transitions, others did not. By the time I got to the 80% mark some of this confusion had been alleviated, but I had wished that I had been able to get closer to the characters individually without feeling rushed.

The last thing that stuck out to me as I read this novel was the character development. The character development and the personalities of the characters themselves were pretty unique. Kaira was a bit young to be finding out about the magical world as most parents didn’t tell their children until the child turned 18, but Kaira’s father thought she was mature enough to know. There were some other kids her age there, so she was able to befriend them. Each person had a different background as some had basically grown up around magic while others had been sheltered from it until they turned a certain age. I did enjoy seeing the other characters interact with Kaira and seeing how they grew throughout the events in the book.

I have to say, I would still recommend this novel. It is a fully unique urban fantasy novel for middle-grade students, and the story is really fun. Middle-grade readers would definitely enjoy this novel as it is not babyish in any way. Adult or YA readers would like this book for how intricate the world is.