First Impression Fridays are a weekly meme hosted by J.W. Martin. This week I will be discussing Crossfire In The Street. 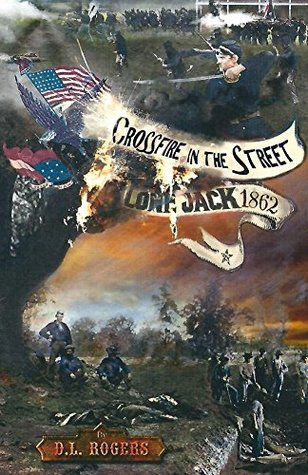 I started reading this book on the train today, and I was drawn in immediately. Cora is seventeen and she loves someone who is against slavery. Her family doesn’t own slaves, but they are pro-states rights. She doesn’t know if their father will support their love, and he seems to be wary about marrying her. He only seems to be in it for stolen kisses, and he is about to go off to war. Her brother Pete is also making the tough decisions between going to war or staying to work on the farm.

This is what I got within the first 30-40 pages of this novel. I am SO excited to read the rest of this historical fiction novel! I haven’t really seen anything about the South that isn’t super pro-slavery, but it is interesting to see some people who were kind of caught in the middle. I don’t know if they actually existed in real life, but I would like to think that they would.

Also, I love the cover. It isn’t too flashy, but it shows the true darkness of the war. As of now, I would recommend this book to anyone looking for a new historical fiction novel about the Civil War.