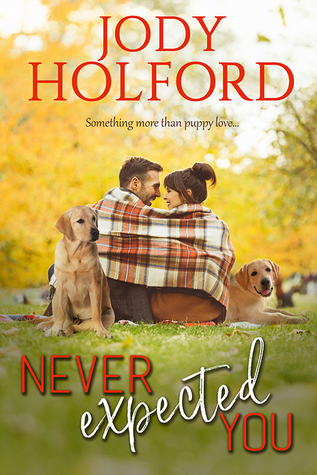 When Zach Mason, former army sergeant turned veterinarian for war-wounded animals, returns home, the decision to stay is easy. But convincing the only other vet in town to hire him is a good deal harder. It doesn’t help that the beautiful, intelligent, and stubborn Stella Lane is determined to make his life hell.

Stella doesn’t take outside help easily—she’s been let down in the past, most recently by her ex, just as she’d begun to plan their wedding. Trusting Zach with her animals is one thing, but trusting him with more is a hard pass. Too bad the handsome vet is nothing but temptation. And her new roommate…

Stella is holding a lot inside, never getting over her ex and still hurting from her father’s recent passing. She definitely needs’ help around the office, but she might not be willing to take it from Zach. Zach kinda just showed up in her life, and while her heart wants to trust him and let him in, her brain says otherwise. Which one will turn out to be right?

I, personally, didn’t find this couple to have a lot of chemistry. Even when they finally started letting each other in, it sorta seemed like “well since you are the only one here, I guess I will like you.” Zach seemed rather annoying by just showing up and starting to run things. He even snuck his way in, pretending to be an intern until the intern showed up and he had to explain himself.

The one thing that truly enjoyed about their relationship was when the two finally let go of their own personal baggage and learned to trust each other. This didn’t happen until the book was nearly over, but they did eventually open up! I also did like the fact that there was no stereotypical “damsel in distress” scenario. She was never attacked in a back alley or by an ex and had to be “saved” by Zach. Technically he helped her business, but this was still a breath of fresh air from the cliched “save the girl” scenes of adult romances. Actually, Stella already broke many of these “rules” by having her own business in the first place. She didn’t rely on Zach to help her off the street, he wasn’t her boss, and without him, she might still be able to pull her business together.

Zach wasn’t overly pushy, the only time he even tried to be around Stella when she didn’t want to be around him was when they had their first real fight in the last 20% of the book. He was different from a lot of the romance male love interests, and I liked him for that.

My last issue with the book was that it seemed to be a little slow at the start and then sped up intensely in the last 30-35% of the book. It took me forever to get into the characters, and then when I finally did, the story was already coming to an end.

Overall, I would still recommend this book. It was still a pleasant romance read, and it was pretty unique in the ways that it tried to go about things. Definitely something that I would have read if I had just seen it at a library.