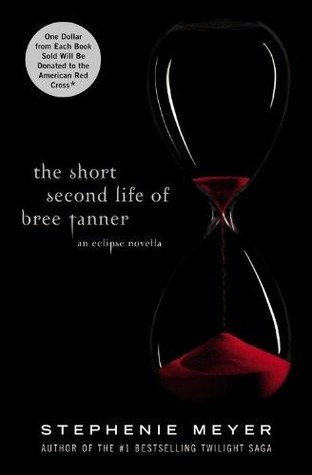 All Bree knows is that living with her fellow newborns has few certainties and even fewer rules: watch your back, don’t draw attention to yourself, and above all, make it home by sunrise or die. What she doesn’t know: her time as an immortal is quickly running out.

Then Bree finds an unexpected friend in Diego, a newborn just as curious as Bree about their mysterious creator, whom they only know as her. As they come to realize that the newborns are pawns in a game larger than anything they could have imagined, Bree and Diego must choose sides and decide whom to trust. But when everything you know about vampires is based on a lie, how do you find the truth?

I was not expecting to like this book more than the normal Twilight series, but I did. I definitely did. Bree and Diego were “raised” by Riley. They weren’t taught how to be proper vampires. They were obsessed with bloodlust, thought that they couldn’t go out in the sun, and had their limbs ripped off as part of his sick games. The future looked bleak, but it was the only thing that they had ever known. They had barely any memory of their human lives, and those who remembered something didn’t remember anything good.

Bree and Diego found solace in each other in the midst of their living hell, and I truly loved both characters. They both had truly unique backstories, even if they were dulled by the venom haze, and they had to become strong in order to survive Riley’s “training.” I didn’t know whether or not this was going to be a story that focused on romance, but it didn’t focus on it. Instead, it used it as a way to show how close the two were growing together. But to me, they seemed to be more like friends than a couple. But their romance was definitely healthier than Bella and Edward’s in the main series.

The characters in this story were just full of life. In the Twilight trilogy they were painted to be the villains, but here, they seemed to be the victims. They never wanted to be changed, Riley just preyed on their situations to trick them into coming with him. They weren’t gifted with powers like many of the “special” Twilight characters, they were simply normal vampires who were “evil” because they decided to drink from humans.

By the end of the story, which wasn’t even that short, I wanted the two to succeed. I wanted them to live happy lives and get to be married and immortal. But of course, as we knew from Eclipse, this could never happen. The “heroes” had to win, and the “villains” had to lose.

Overall, this definitely opened my eyes to how the Twilight universe truly worked. It wasn’t all sunshine and rainbows for these characters, not everyone in this universe had the chance to live “happily ever after” with their “true love.” There had to be some sadness for Bella and Edward to succeed, and this novella showed who paid the price for their happiness.