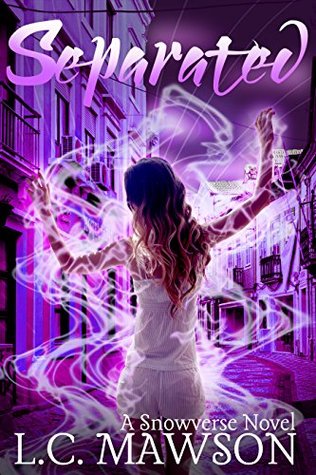 Finding out her wife had to marry someone else wasn’t the best start to Mina’s week.
Finding out her sister works for a group of Humans who want to see her wife dead meant that it was only going downhill…

With enemies on both sides, Caroline and Mina will need each other more than ever.

Too bad those enemies have other plans.

This may have been one of my favorite books in the entire Royal Cleaners series, even though it was one of the saddest.

The fact that even in the magical world Caroline might still have to go through a marriage of convenience is upsetting, but the fact that she would have to pull Mina and Diya through all of this is even sadder. She wants to be able to be normal, marry the girl she loves, and have happy lives until they grow old together. Nevertheless, this is impossible as she has to produce a magical heir for the House that never liked or appreciated her. This is approached in the nicest way possible though, as the entire family is introduced to Caroline’s “husband-to-be” and they are starting to get close before the main conflict of this story occurs.

Diya is growing as this series progresses, so we are finally getting to see a little bit of preteen Diya in this one! She is equally involved in Gregor marrying Caroline, as Caroline will still care for her as her own daughter. She is also starting to get more involved with Caroline’s magical side in this story, as she is told the truth about where Caroline came from. Or, at least some of the truth about it.

There was quite a bit of character development in this story as Mina and Caroline think about having to function without each other as Caroline kept up appearances in the Demon world while Mina worked her job and took care of Diya. This will be a tough hurdle for them to jump, but with the plot twist, it might be put out for a little bit of time.

I won’t spoil anything because it isn’t in the Goodreads summary, but the plot twist does make up most of the story. It is action-packed, it is suspenseful, and it is even a little scary. The book even ends at a bit of a cliffhanger so I will have to read the next book in the series if I want to spoil anything important.

The plot moved smoothly yet quickly in this novel, and I loved every minute of reading it! I would recommend the entire Royal Cleaner series to those who have read the Freya Snow series already and who want to learn more about the character Lady Caroline.