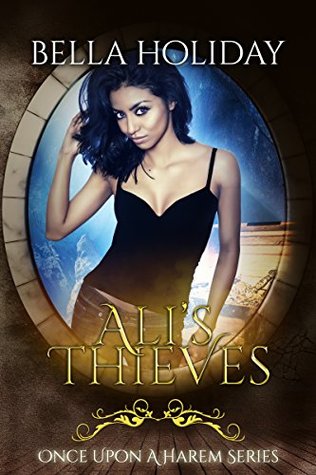 In Gallabah, there is a wall to divide the rich and the poor. In the poor “Sector”, rations are thrown over the wall and people fight over the rotten food. Aliah has never gone outside of the sector, and barely ventures into the forbidden woods. Nevertheless, she is a wood carver and must collect the wood in order to make a living. Her sister has always wanted to leave the sector, and she is finally getting her wish by marrying the prince. Minnah wants Aliah to come to the wedding, but she is also ashamed of her only guest being someone from the impoverished Sector. Ali is used to having nothing, and so when she goes into the rich sector, she shocked by the number of people living so luxuriously. She considers this to be unfair, and so she joins a team of 4 guys who are determined to make their world more equal. She doesn’t plan to fall for them, but they start to work their way into her heart.

My favorite part of this entire story was actually being able to see Minnah and Aliah’s relationship grow. They had never been close, even after their parents died. Eventually, Minnah became ashamed of her sister and ashamed of where she had grown up. Aliah disliked her sister and thought that she was just marrying for money and not for love. Eventually, the two have to work together, and they have to overcome the differences that have plagued their relationship for years. This was probably some of the most intense character development that I have seen in a reverse harem romance novel!

The plot was smooth all the way through! I was only sad that I didn’t get to see that much of the stories of the individual men in Ali’s “harem”. Some were focused on more than others, and I wish that a second book was coming out to elaborate on her relationship with each man individually.

One other thing that I wanted to point out was that this book actually wasn’t that short! Usually, Reverse Harem stories are so short that they are over and leave me wanting another novel. Even though this book didn’t elaborate as much on the individual men, it definitely had enough story to make me feel like I had truly read a full-length novel by the end.

I would recommend this novel to lovers of reverse harem romances and retold fairy tales.