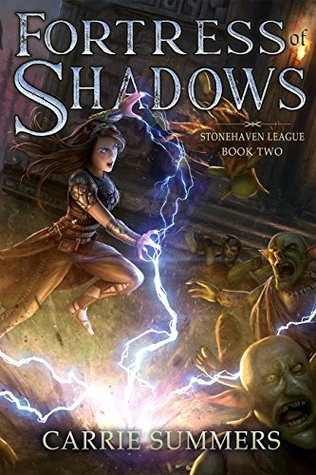 Devon has been spending a lot of time in Relic Online, and she found a way to limit in-game pain so that she doesn’t have to be as careful as before. She has created a home with her little jungle village, and the villagers basically work for her. She hadn’t ever seen any other players, but then she saw some of her friends from a previous game she had been invested in. Hailey is the girl who streamed their last battle of the game even though she promised not to, and Chen was one of the youngest members of the group who was still restricted by homework and school times.

At first, Devon is worried about inviting them to her spot. She doesn’t want other players finding out. Then, they realize that they will need each other to complete some quests. They get even closer when strange things start happening, such as the village’s food supply being restricted and demons attacking. This game definitely hasn’t had all the kinks worked out yet, and more errors are to come.

I have loved this series so far! Even though this book was a little slower than the first, it still moved along at an engaging pace most of the time.

My favorite part of this book was definitely seeing Devon’s old friends being involved in the story. Both of them have their own unique backstories, and one really surprised me. I wanted Devon to finally have real people to spend time with and not just have to spend her time in this world with the NPCs in her village. I also thought that it was important to see how the other characters started the game, and

I think that while the characters were trying to figure out what was going on in the village that I lost focus. I struggled through those 100-200 e-pages, even though the storyline was fairly interesting. I can’t exactly pinpoint what was making me struggle like this, but once I got through that middle portion I was really excited.

Some of this story was also told from the POV of Devon’s boss. Even though they aren’t usually connected, Devon still has to catch up with him to let him know how the game is working. There were a lot of spoilers in this part, so I can’t say too much, but just know that you will learn a lot of things from his storyline.

I have to say that the character development was pretty intense. Devon had ended her relationship with her friends on the other game on a very bad note, as Hailey was caught streaming and then they failed to defeat the boss. She has to get over the issues that she still may have with them, and work together to solve a common problem. The other characters start to realize their own errors as they grow together in Devon’s village.

I would recommend this book to fans of adventure novels, and fans of LitRPG novels. If you are looking for an adventure novel with very little romance, this is definitely for you. There weren’t even any hints of romance in the series until a little bit in this novel, but it still wasn’t the main focus. Definitely very refreshing.