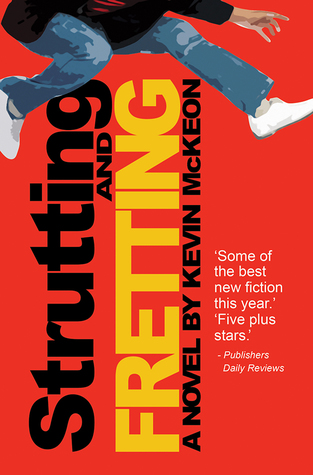 Bob is on a journey to find himself, after graduating with an acting degree and having his wife leave him. He lands a four-month theater job in California, but he still continues to doubt his decisions and talents. Nevertheless, he needs the money, and takes the plunge.

I could not connect with Bob at all. Even though it is considered to be bad for Bob’s wife to leave him, he admits that he never loved her later in the novel. This doesn’t make it right, but it does say that he wasn’t being the perfect husband either. Then, he does the same thing to another unfortunate married man. He spies on a woman having sex with her husband, and falls for her, and starts having an affair with her. Not only did this seem creepy to me, but he basically betrayed one of his best friends. He is also generally questionable in his life choices. He can’t decide if he REALLY wants to be an actor after getting a master’s degree, and he claims that he became an actor because he wanted to “use the adulation I received to my advantage and make women do whatever I wanted.” Even though this is supposed to be 1970’s historical fiction, I don’t think that people back then were this ridiculous.

My main pro in this book was the portrayal of the theater. I didn’t know much about show business in the 70’s, and this book portrayed it in a realistic light. Bob and the other actors and actresses were at the mercy of the producers of the show. If the producers made any mistakes, the whole show was going down, and they wouldn’t be paid. They were not immediately living glamorous lives, but they had to work their way up. I was immersed in this gritty world of show business the entire time that I read this novel.