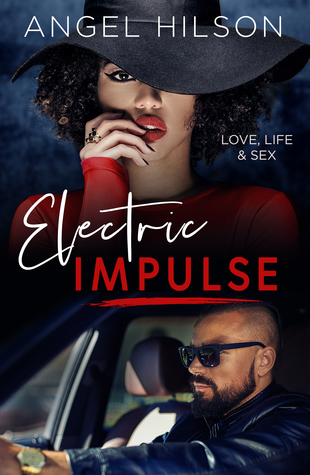 Phoenix starts off on the wrong foot with Aria. She is working overtime at a bar, and he drunkenly gets angry with her for not kissing him. Aria just thinks that she is another one of those typical customers and tries to erase him from her memory. She already has enough issues with her ex-boyfriend getting together with his “best friend” one day after she misses their date for work.

When Phoenix comes back into her life, apologetic, she starts a whirlwind romance with him. Everything seems fine, but both of them have secrets that they are hiding from each other. Will they be able to overcome their differences and listen to their hearts?

This book had an interesting romance between two unlikely candidates, but by the end of the book, I felt as if I could not truly like either character.

For starters, I could never get into Phoenix as a love interest. Even though he apologized, who wants to date a guy who has a chance of becoming a huge douchebag after drinking? Then, later in the story, a few other facts are realized about him that makes him an even worse boyfriend candidate. By the time I got to the end of the book, the only two reasons Aria seemed to be with him were because of the fact that he had a lot of money and the fact that they had chemistry in bed. While these may have seemed like attractive features to her, she has a friend whom she completely pushed to the side for him, and he could have been a far more viable and less problematic candidate. Nevertheless, this doesn’t mean that Aria wasn’t problematic herself.

Aria was the typical crazy girlfriend several times within the story. Rather than truly talking to Phoenix, even when he was acting suspicious and seeming to sneak around, she just follows him in her car. She does that at least 2-3 times in the story, and none of these times actually lead to revealing any of Phoenix’s true secrets. Instead, she causes foolish unnecessary drama and gets distracted from the real problems in their relationship. He just simply shows her the truth and goes on about his day.

Once all of Phoenix’s cards were out on the table, I felt that they didn’t make as good of a pair as they had originally seemed. I won’t say how the story ended, but this was just how I felt near the end of the book.

The writing wasn’t bad! I loved how the story was written, and how the plot flowed. I think that the characters were just so realistic in a way, flaws and all, that it made me mad at them as if they were real people. I think that if people could get past being upset with the characters that they would be able to enjoy reading this story. Even though I was annoyed, I flew through this story almost entirely in one sitting. It was one of the smoothest novels that I had read in a while, even though it was only medium length at around 300 PDF pages. I can’t say that the story was awful because it was written so well and some parts were enjoyable! It was just the fact that the chemistry of the characters was lost somewhat to the circumstances that they were in that made it annoying at points.

I would recommend this novel to lovers of realistic diverse romance stories.