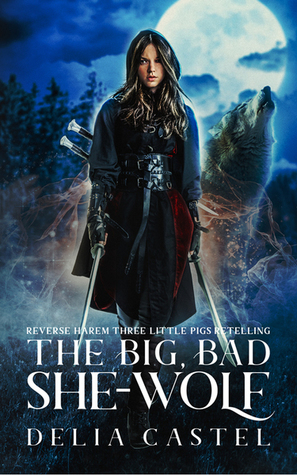 Lupe is a young assassin, and she has been ordered by her boss to track down three wizards. Even though she is about to have her first heat, she is determined to complet her mission successfully. But will the three wizards be too wily for Lupe? Will she be able to ignore her oncoming heat and complete her mission?

Even though this prequel was short, I enjoyed being able to find out about Lupe and her world. Lupe is a strong female main character, and she was determined to capture the Suini brothers. I’m not going to talk about the plot too much because I don’t want to spoil anything, but there are plenty of sexy reverse harem scenes in this short story.

There is a lot of world-building in this short story. The “authority” is spoken about in detail due to Lupe’s role as an assassin. There are many spoilers related to this, but just know that Lupe’s world has many secrets. I think that for a short story, this was some of the best world-building I’ve seen in a while.

The plot is fast-paced, but it is detailed enough that it still counts as a complete story. I was addicted and read it all in about 20-30 minutes, but I would definitely read it again when I get the chance.

There was a bit of character development as Lupe discovers the truth about her world, but other than that it was a simple short story that was for fun.

I didn’t see any editing errors or grammar errors in the advanced copy that I received.

I would recommend this novel to anyone looking for a new reverse harem romance novel/a new fairytale retelling.