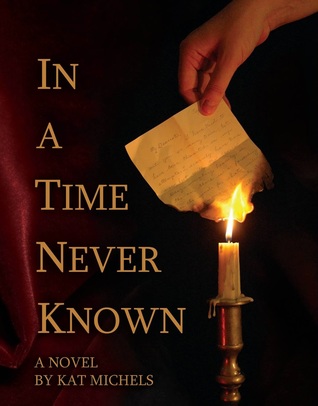 Anna suffers daily at the hands of her abusive husband. She hates being in a loveless marriage and her only solace is her slave Mary. She meets a local shopkeeper named Benjamin, and the two fall in love. When she finds out that he is a Union spy, she is determined to help him in order to spite her proudly Confederate husband and fight for her only friend, Mary. She has to keep it a secret from her husband and her spoiled daughter Kady.

When her daughter fights out, her daughter also wants to join the spy ring. The two start to work together and end up growing closer as Kady learns more about her father’s true nature.

This was honestly one of the best historical fiction novels that I have ever read. It has multiple points of view that are revealed as the story goes on, and each character goes through so many different stages of development that they truly feel like real people. Kady has to go from being a spoiled brat to being a calm and collected young lady that knows how to keep secrets. Anna transforms from a scared sixteen-year-old girl who was forced to marry an abusive husband into the head of a spy ring. The character development was honestly the best part of the novel, as the multiple points of view allowed for some page time in many of the characters’ minds.

Even though this book was longer than what I usually spend my time reading, I definitely did not feel burdened in any way. I looked forward to reading the next 100 pages or so each night until I was finally done with the novel. The pacing was perfect. Even though it was a long novel, the pacing was steady, just enough to keep readers alert but not fast enough to confuse them.

The world-building was also impeccable. By reading this, I was able to see the war-torn South of the 1800s for a few hours. Every scene is so well-described that it feels as if you were actually there. Even with the POV changes, each character leads their own lives in different areas, and the story represents that. The book seemed completely historically accurate, which is difficult sometimes for historical fiction novels to accomplish. This worldbuilding only added pages of description into the novel, but it still did not feel clunky or bulky in any way.

There were no editing errors that I saw in the entire 665-page ebook, which is definitely something worthy of praise. It was a smooth read all the way through, not even any easy-to-miss formatting errors.

My favorite character in this novel would definitely be Anna, as she fights so hard throughout the book just to stay positive and strong. She could have given up and just become silent at 16, never finding Benjamin, because she was so afraid of her husband. But instead, she went behind his back and undermined his work, along with the work of the other Confederates. She fought for Mary,  who was her saving grace since she was sixteen. She could be such a role model, even as a fictional character. My second favorite character was Kady, as she changes from a spoiled Southern Belle who thinks her father could do no wrong to a sneaky and deceptive spy for her mother.

Overall, I have nothing bad to say about this book! You just have to give it a read for yourself.

I would recommend this novel to anyone who loves historical fiction, romance novels, mystery novels, and novels with amazing world-building and character development.