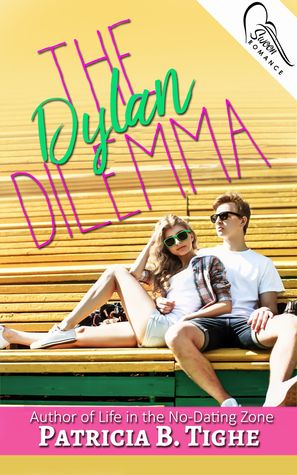 High school senior Kenzie Harper-Shea has no time for dating, especially after the arrival of the basketball coach from hell. Now Kenzie has lost her confidence, is in a slump, and in danger of losing out on a scholarship to play college ball. The last thing she needs is her “vacation boyfriend,” Dylan McCoy, distracting her with warm smiles, inside jokes, and swoony kisses.

Dylan, however, is totally ready to date. He finally lives in the same town as Kenzie and is not about to lose the chance to let their relationship grow into something more. But for now, he’ll stay in the friend zone because he’s determined to find out what has her running scared. It can’t be just about basketball.

As Kenzie spends more time around Dylan, her feelings become a jumbled-up mess. It’s obvious they’re into each other. So, why does she panic whenever she thinks about dating him? Is it connected to basketball or to something deeper? She’s not sure. Does she have the courage to examine her heart, even if it means breaking Dylan’s?

I could not get behind this romance at all. Kenzie did not seem that interested in Dylan from the start, but he continued to push her to try to date faster. In books, this might seem normal, but in real life, this could be awkward and/or dangerous. He won’t leave her alone or give her space, even when she says that she is uncomfortable and needs time to consider actually going out with him. Even if they dated before, maybe she didn’t want to have a serious relationship with him. He never even really gave her a chance to decide.

Also, all of these stories where the girl doesn’t want to be with a guy for “no good reason,” she always has to figure out the secret reason why she doesn’t want to go out with him. In this story, her reason is revealed at the very end when she talks about her father. She says that she doesn’t trust men because her father left her and her mother. This might sound plausible, but it is not the truth. Her father did not leave her and her mother, her father died in a car crash. I don’t know if he was originally supposed to leave her and her mother and then the story was changed, or if he was always supposed to be dead. Either way, this completely ruined the whole “I don’t trust men because my father left” argument. You can’t be upset with your father leaving if he actually just died. It doesn’t work that way. He wasn’t drinking, he didn’t cause the crash, he just died in a crash. This was honestly one of the dumbest reasons I had ever read in one of these “second chance romances.” Between this and the lack of chemistry I saw between them, and the creepiness of Dylan’s character, I just felt as if this entire story was a waste.

Overall, I just could not get into this story. Without a good plot, the romance just fell completely flat. I did finish it, but I did not feel accomplished in any way for doing so. Therefore, I can’t recommend this story.