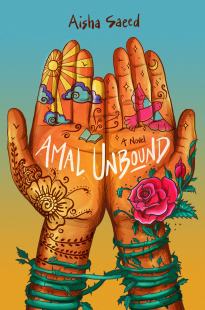 The compelling story of a girl’s fight to regain her life and dreams after being forced into indentured servitude.

Life is quiet and ordinary in Amal’s Pakistani village, but she had no complaints, and besides, she’s busy pursuing her dream of becoming a teacher one day. Her dreams are temporarily dashed when–as the eldest daughter–she must stay home from school to take care of her siblings. Amal is upset, but she doesn’t lose hope and finds ways to continue learning. Then the unimaginable happens–after an accidental run-in with the son of her village’s corrupt landlord, Amal must work as his family’s servant to pay off her own family’s debt.

Life at the opulent Khan estate is full of heartbreak and struggle for Amal–especially when she inadvertently makes an enemy of a girl named Nabila. Most troubling, though, is Amal’s growing awareness of the Khans’ nefarious dealings. When it becomes clear just how far they will go to protect their interests, Amal realizes she will have to find a way to work with others if they are ever to exact change in a cruel status quo, and if Amal is ever to achieve her dreams.

My Review:
The character Amal is such an inspiration to young girls. She is smart, she loves her family, and she is strong. Some girls would have given up on school after having to take care of their sick mother, but Amal was determined to continue to learn. She knows that she wants to be a teacher someday and if that means that she uses the morning to do all the house chores and then studies late into the night, then so be it. Her only mistake was standing up to the son of the village’s landlord. She didn’t know who he was, but he had the power to make her into his servant.
Each character in this beautiful novel has their own story to tell. The servants are jealous of Amal at first. Unlike her, some of them didn’t come from loving families and have been servants since they were young children. When Amal befriends the Khan’s wife, she is instantly deemed the “favorite” and everyone is jealous of her. This showed the hierarchy, where even the poor didn’t want to help each other. The story spoke about many different issues. Amal did not think her life was horrible, but when she went to the Khan’s house, she saw many things that she had never experienced before, such as car rides, air conditioning, and cell phones.
This book is inspirational because it shows succeeding against the odds. Amal was a servant, a girl who wasn’t supposed to have an education, a poor girl who was always supposed to stay a farmer. Instead, she wants to be a teacher and get a better life for her and her sisters, even though they have no boy in the family.
This book also teaches readers about Pakistani culture. I personally did not know anything about Pakistan or Pakistani culture before reading this book. It was interesting to see how the parents reacted to the mother giving birth to another girl, or how the whole village revolved around the corrupt landlord. By living in Amal’s shoes, I was educated about a country that I didn’t know much about, and learned what some women have to go through in those countries. Her mother felt sorry for giving birth to another girl even though Amal was just happy to see her new baby sister. It’s small things that made a world of difference. This made the world-building so unique that I was sucked in every time I picked up the novel.
The pacing of this plot was perfect, there wasn’t a dull moment. The world-building was unique, even though this was supposed to be a contemporary novel. The characters are uniquely inspirational. The plot itself had its own twists and turns. This book just didn’t have any downsides to it. I couldn’t recommend it more.
I would recommend this book to anyone looking for a new middle grade or YA novel with a diverse main character that educates readers about Pakistani culture and tells a beautiful story of a girl who was determined to become a teacher.
Overall Rating: 6/5 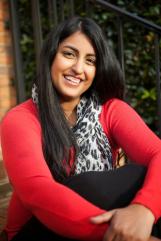 Aisha Saeed also wrote Written in the Stars, and is a Pakistani-American writer, teacher, and attorney. She has been featured on MTV, the Huffington Post, NBC and the BBC, and her writings have appeared in publications including the journal ALAN and the Orlando Sentinel. As one of the founding members of the much talked about We Need Diverse Books Campaign, she is helping change the conversation about diverse books. Aisha lives in Atlanta, Georgia, with her husband and sons.