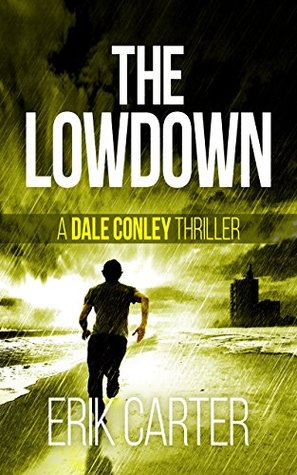 To start, even though this book is in a series, I read it as a standalone, and I wasn’t confused at all. This book can definitely be read either way, so don’t worry about spoilers!

Agent Dale Conley has been put on the case to try to find out who has been passing around tainted drugs in the New Orleans area. Some who receive tainted drugs simply become extremely ill and have to be sent to the hospital, while others die nearly instantly. It is hard to link the drugs to a specific person, but time is running out as the attacker targets teens, homeless adults, and other members of the community.
The second story within this novel shows a wife who lives with her abusive husband, trying to fight for a better life for her and her sons.

This is a fast-paced action thriller. From beginning to end, the readers are swept in on an incredible ride full of secret societies, abuse, drugs, and conspiracies. It even has a little bit of romance, but it is not the main point of the story.

This mystery novel has so many different twists and turns that I was on the edge of my seat the entire time. I just had to find out if the woman would be able to get out of her abusive relationship, or if Dale would discover another lead in the mystery. I wanted him to succeed against the people who seemed to just be killing others for no reason at all. I won’t spoil anything, but the more I learned about the perpetrators, the more I grew to hate them.

The world-building was also exceptional for a mystery novel. All of the characters were unique and had their own personalities. There were no editing errors even though I had an advanced copy that might not have been the fully edited version. The pacing was impeccable, there were no dead points in the story even as Dale had to spend time slowly collecting clues. The plot twists surprised me, and the character development was impeccable. I really have no complaints about this book, it was just an overall satisfying read.

I would recommend this novel to anyone looking for a new mystery thriller to read with surprising plot twists, good character development, and an addictive plot.