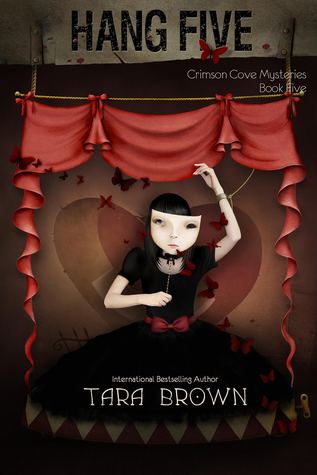 Even though this series seemed to have a lot of loose ends throughout all of the books, everything is tied up in this novel. This book is the longest book in the series, but it is long for good reason. Nothing is really left for the readers to guess. I couldn’t find anything that I remembered from earlier in the series that had been “conveniently forgotten” as the books went on.

Also, this book was from Rita’s POV sometimes, which I liked as she had been one of the least involved girls in the series. Nevertheless, each girl gets some story time as this is the last chance to see each one. I was a bit disappointed, as I had hoped that this book would be focused entirely on Rita. However, I couldn’t be disappointed too much as the story went on.

I don’t want to spoil too much, but this book has some big twists. I didn’t see half of them coming, and each of them was just as exciting as the one before. The romance is also nice in this book, as every girl but Sage now has a significant other. It really brought the story together as the group comes together in a last attempt to save themselves and their families from the people who are so determined to tear their Grove apart. The action and suspense are at their peak as everything comes to a close. The book is fast-paced as the girls race against time.

My favorite parts of this entire book were hands-down the epilogues at the end. I won’t spoil anything, but they also ended the book on a good note. I wish that we would get more books just like the epilogues, but this series had a rather final note. I doubt that I will get a chance to visit the tarnished Crimson Grove again anytime soon, but I will miss my time there.

I can’t recommend this series enough to lovers of mystery, suspense, thrillers, or horror novels. You simply HAVE to try it, and you will see what I am saying. The characters are unique, some likable and some horrible, but they all come together to create the world of Crimson Grove that drew me in for over 6 hours yesterday.

I received a copy of this book for free and this is my voluntary review.

One thought on “Hang Five Review”