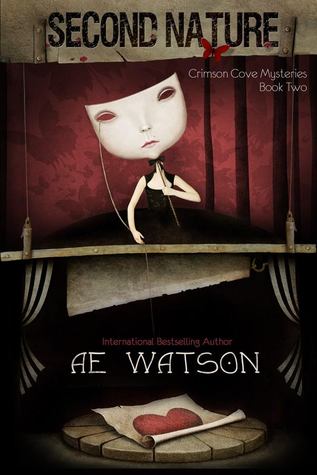 The mystery of Rachel’s murder has not been solved, but the girls have to go back to school. The trees are turning red in Crimson Cove, and the girls are running out of time. They are tired of waiting around for the police to do something, and they don’t agree with the conclusions that the police come to. Deciding to take things into their own hands, they use Lindsey’s secrets about everyone to try to catch the murderer. They end up getting into more than they expect as secrets that were never supposed to see the light of day are revealed. Lainey learns about her father’s unfaithfulness as her family falls apart, and deeply-hidden secrets about Vincent and Rachel are also revealed.

The stakes in this book definitely run higher than in the previous novel, and the action scenes are intense by the end of the book. I was on the edge of my seat for the entire read, as the plot is still just as fast-paced.

My favorite part of this book was definitely the character development as new characters are introduced and readers get to see into their family lives. Personally, I love the TV series Riverdale (even though I am very behind in the episodes). This series feels like Riverdale, but in written form with even more drama and rich people (if it was even possible). As I went on with the stories, I can definitely attest to the fact that the character development only gets better and the suspense only heightens. If you are a fan of Riverdale, definitely pick up this series!

I’m debating which book in the series was my favorite, but this might just have been. One of my favorite characters is Lainey, and I wanted to learn more about her family and her relationships with those around her. I’m glad that each book seems to be focusing on one girl so that we can have all 5 girls points of view before finishing the series. There is also clearly going to be romance with each of the five girls as the series progresses, and I can’t wait to see how that will come into play. So far, the romance has been just as good as the rest of the series, but I want to know if this trend continues.

I would recommend this series to anyone looking for addictive mystery/thrillers with some horror elements.

One thought on “Second Nature Review”