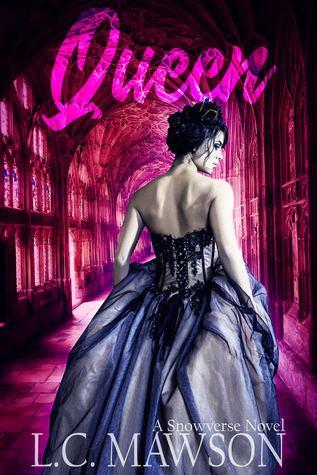 Freya Snow traveled to the underworld to stop Lord Uther, but then she found out that she was the daughter of the King. She wants to continue to hide from her father, but it is becoming increasingly difficult to do so when they keep running into each other due to Uther causing trouble. Also, Damon decides that he is going to marry Freya. When she marries him, he is given the tattoo of a Demon without a house. Freya wants him to have a house, but he cannot do that until she and her father meet face to face.

This series continues to get more and more detailed as the books go on, and I absolutely love the world expansion in this novel! Freya and Damon also become closer in this novel as they are married. Freya feels like she is no longer alone when she has both her father, her friends, and Damon’s family. This was something that she had struggled with since the beginning of the series, so I truly felt as if I had seen her grow. Damon is also learning more about his past, and what his father did to his mother and what happened to her. It is sad to learn, but it is important for his character, and it adds a new layer to Mawson’s storyline.

Even though things are going well for her, she still has to struggle between deciding to become a Light Angel or a Dark Angel. It is easier for her to be Dark, but she doesn’t want to be known as a Dark Angel.

I would recommend this series to anyone looking for a new fantasy YA/NA story!