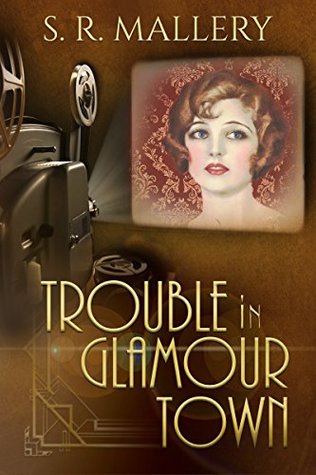 Hollywood in 1926 was a place where actors and actresses tried to get their big break. When a well-known producer is shot and killed, someone has to be blamed for it. Rosie’s boyfriend Eddie is blamed for killing producer Harris, but Rosie knows that he had nothing to do with it. It is only a matter of finding out who actually murdered the producer.

Another top-notch historical fiction novel from S.R. Mallery. I think I liked this one even more than Genteel Secrets!

The story jumps back and forth in time between before and after the murder of the producer in order to collect clues about the murder. This was admittedly a bit confusing at the start, but once I started highlighting important pieces through the Kindle app. Then, as the story went on, I would refer to the notebook and remember the important pieces. I felt almost like I was a detective piecing together the clues to solve the mystery. This gave the book an interactive feel.

Now onto the actual storyline. I love how this book showed the good and bad parts of early show business. The Hollywood of the 1920s was not glamorous or a fancy place full of rich celebrities. The people who worked there were just trying to make ends meet before they possibly got their big break. Not everyone even got the chance, such as when Rosie was forced to be in the back of the group due to her green eyes. Almost anyone could be an actor or actress, but since it was more open, there was a lot more competition. Also, since more people were involved, there was more violence, as was shown in this book. This book definitely shows the ins and outs of the true world of show business and movie-making.

I became more and more drawn in as this book progressed, and I finished around 90% of it within one sitting. It is definitely very addicting!

I would recommend this book to anyone looking for a new historical fiction murder-mystery to delve into!