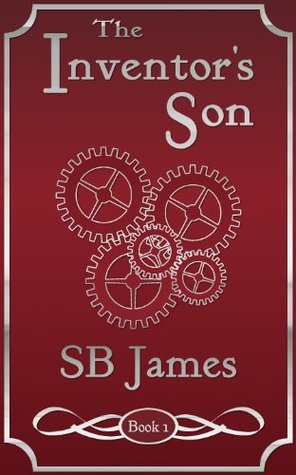 Ethan Stanwood is the son of a brilliant inventor. He has been sickly since his youth, and so his whole world revolves around his father and his work. When his father disappears one morning, Ethan is devastated. Then, he finds a secret message hidden inside one of his father’s inventions, asking Ethan to bring an important prototype to London, where his father is hiding. Now, Ethan must put aside his physical weaknesses and bring the object to his father. However, foes of his father are chasing him as well, as the race against time for the prototype begins.

I truly enjoyed this novel, and even though it was a full-length book, I really felt as if it was a novella with the time it took me to speed through it. Ethan was a very likable character, albeit being a physically weaker main character than I am used to reading about.

My only real complaint about this novel was the fact that I felt as if the world could have just been a bit…bigger? Since Ethan had been sheltered all of his life due to being sickly, I thought that he would have more of a reaction to going different places. I also thought that the places where he visited could have been described a bit more. Nevertheless, I am a reader who focuses more on plot and dialogue than actual descriptions, so it did not interfere with my reading experience at all.

I definitely want to continue reading about Ethan and his steampunk version of Victorian London. Hopefully, I will be able to read the rest of this series!

I would recommend this to anyone looking for a fun and entertaining steampunk novel to enjoy.

I received a free copy of this book through Instafreebie and this is my voluntary review.