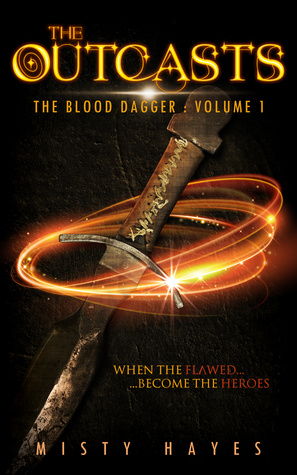 Larna’s father abandoned her and her mother when she was 12 years old. She never knew why, but she started to turn to food even more for comfort. Now she is in her senior year of high school, and her only friends are Corinth and Amber. Everyone else in her school makes fun of her for being overweight, and she can’t wait until she can graduate and leave.

While her home is being renovated, she finds her father’s journal. The last thing her father spoke about in the journal was visiting a small village in England. She decides that for a senior trip, she is going to leave her town right after graduation and visit that village. Hopefully, she will receive some closure on why her father left, and maybe she will even discover his whereabouts. More importantly, she will have time away from the bad memories of her hometown. When she arrives in the village, she thinks that everything is going to go smoothly. That is until she starts to encounter the strange villagers. Soon, Larna is swept up into a world of blood-suckers and mystery, as she starts to piece together the clues to her father.

It took me 2 days to get 50 pages into this book because I was so busy, but then I sped through the other 300 in less than one. This book was finally the YA fantasy novel that I had been craving!

Even though Larna was teased and bullied, she stood strong. She kept her strong friend group and made it through the rest of high school. This was an important part of the novel for me because it is where I see a lot of YA novels get stuck. High school does not last forever, and so no matter how bad it is, the characters will eventually escape. Larna struggled to get through, but once she was finished, she was able to go on her own adventures in a completely different country.

This also fueled the conversation of body-positivity. Larna was bullied, and she couldn’t do anything about that. However, rather than just sticking around after high school, she motivated herself to do something independently and removed herself from the situation. She didn’t start to hate herself and want to just disappear, even though she may have occasionally felt that way. Instead, she stood her ground, toughed it out, and then moved on with her life to better things. This should be a message in far more books than just a few, but I rarely see it.

And finally, the main storyline. I have to say that the YA-fantasy portion was just as good as everything else. The pacing was excellent and I felt as if I couldn’t put the book down! Larna travels throughout England to different sites in the novel, which definitely helped with the worldbuilding. However, there were no lengthy descriptions of places that would simply bore a reader to death. Everything was in perfect proportions. The action scenes in this novel will keep you on the edge of your seat!

Also, the romance. What’s a YA novel without romance? I won’t spoil anything, but I do have to say that I was pleasantly surprised with this outcome. I hope that the next book stays on this path, because I really like the current character set up.

I would recommend this novel to anyone looking for a fresh YA fantasy with a strong and body-positive main character and an addictive storyline.

One thought on “The Outcasts Review (Blood Dagger Volume 1)”