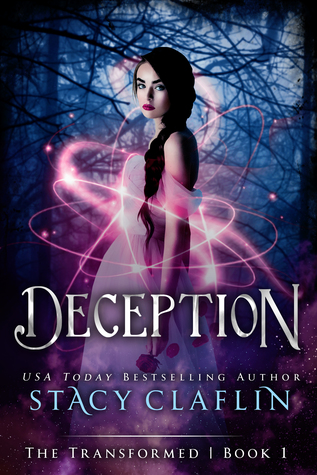 Alexis is an ambitious sixteen-year-old girl and everything seems to be going well with her. Then, things start to get crazy. First, she meets a stranger on a blind date and feels as if she has known and loved him all her life. Then, she is told that she is transforming into a vampire and that she is truly a princess. She has to learn to control her powers, along with finding out how to control herself from the thirst.

Alright, so I have waited for a while to actually finish and review this book, simply because I had issues with it. I will start by saying that I didn’t hate this book completely, I just didn’t personally like Alexis as a person. This made it really difficult for me to like this story.

Alexis is told that she is a vampire. When she is exposed to blood by a boy named Tanner, she goes crazy and has to be restrained by Cliff (the lover boy) and her other vampire friends (including Brooke and Steve). They take her home and lock her in a room so that she doesn’t kill anyone. Rather than realizing that they are doing this for her own good and so they can restart the blood exposure process, she escapes and ends up killing somebody. Then she gets mad at them for locking her up like a prisoner. They locked her up to try to PREVENT her from hurting someone, and it was literally for one night. This was when I started to dislike her.

She started the book basically saying that she had a bad family life and that her parents liked her sister more. This was eventually proven untrue as they say that the only reason why she didn’t get a car was that she bought one before her parents could buy her one, and they buy her a car later. So, as you can see, she likes to jump to conclusions a lot more than she should.

Later in the book, she invites the boy named Tanner to basically be her human blood donor, because she still refuses to listen to the people who are trying to help her and who are saying that the blood is something she needs to be weaned off of. She ends up kissing Tanner after taking blood from him one time, and she breaks Cliff’s heart. Cliff, the guy who has literally been faithful to her since they were children. He wouldn’t even kiss her because he wanted to respect her and not make her uncomfortable. He leaves before he ends up arguing with her, and she goes into the typical YA girl “he broke up with me” sadness. However, I don’t think she really had the right to stay in bed and not shower/barely eat for a week, because Cliff did not break up with her. She cheated on him, broke his heart, but the story makes me want to feel bad for HER.

Overall, these were just a few of the issues I had with Alexis. The rest of the plot was pretty engaging and I did enjoy reading the book, but I just couldn’t get over Alexis’ character. I won’t be continuing with this series, and I wouldn’t recommend it if you pay attention to your characters like this. However, if you just want a book to pass the time, this one was actually a pretty long ebook that used up quite a bit of time.

I was given a free copy of this book and this is my voluntary review.

One thought on “Deception Review”