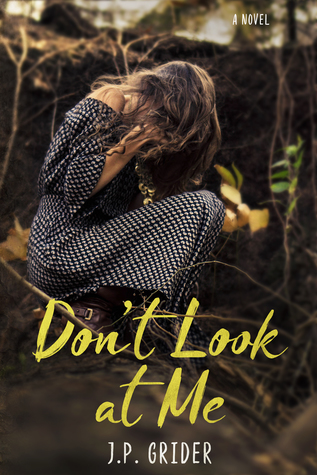 Haven wanted to be a news reporter and she was on the right track. She already had a job at a local news station and she was doing a story about a local slasher who had been attacking local girls, leaving two distinct marks on their faces. Everything is going well for her. When the owner of a local bookstore that she frequented passes away, she is told to go to the house of his grandson in order to discuss the will. Apparently, he has given her a book collection worth half a million dollars. She might have a problem claiming her books though, because the grandfather is forcing his grandson to keep the bookstore open for 5 years before allowing her to claim the books. The grandson, Quest, has no interest in owning this bookstore and simply wants to go back to wallowing in the sorrow of his military discharge.

When Haven is attacked by the slasher, her face seems to be even more ruined than the other girls. She knows that her career as a news reporter is over, and she doesn’t want to face the Quest again. She simply wants to disappear, but the people around her keep pushing her to go back to her normal life.

This has officially been the best Beauty and the Beast retelling that I have ever read before! In fact, it helped me out of the book slump I had started to go into recently. It is simply so addictive and the storyline is slightly dark but definitely realistic. Haven truly learns to accept herself, which she had never really done even before having her beauty taken from her. Quest learns to accept himself and come to terms with being discharged from the military. I won’t say why, even though it is technically in the summary, simply because it is a big reveal of the book that I personally enjoyed reading on my own. All I will say is that it really added to his character.

The plot flows well and the worldbuilding is good for a book that is supposed to take place in the “real world” I find that realistic books sometimes forget about worldbuilding, which can really take me out of a story. This book succeeds at that.

I received a free advanced copy of this book and this is my voluntary review.

3 thoughts on “Don’t Look at Me ARC Review”