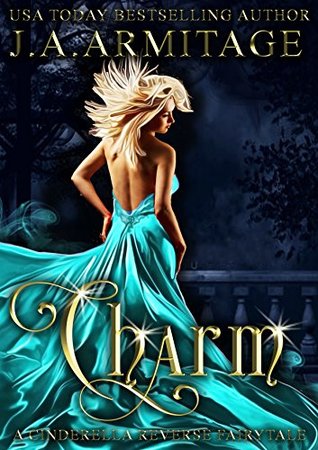 Princess Charmaine’s older sister Grace recently passed away, and now she must find a man to marry in order to create an heir for the kingdom. Therefore, her parents host a ball, where she is to pick several men and then court them. She must be dressed up out of her everyday clothes and allow her life to be under constant scrutiny by the press throughout the ordeal. While in the kitchens one night, she comes across one of her staff. His name is Cynder, his food is way better than anything they serve at a ball. He happens to have magic which is discriminated against in the kingdom. He is a supporter of rights for Magi, but he cannot even support openly without fear of losing his job. Charm wants to help him with his cause, and he will help her learn to dance for the ball. In the process, she starts to fall for him. However, he is not an option as a servant AND a Magi. As anti-Magi tensions start to grow within her kingdom and attacks start to occur, Charm hopes that she will be able to do something.

The storyline between the Magi and the non-magic humans of the kingdom was important and realistic. It showed how one group can truly be pushed out of a kingdom/country for something out of their control even if they aren’t doing anything wrong. I hope to read more about the history of this animosity between the groups in later books.

This story was advertised as a reverse harem novel, but I didn’t get those vibes while reading this. It seemed to be a bit like the Bachelorette (even though I have never actually seen that show).

Either way, even though there was a bit of a love triangle and this book was supposed to be a reverse harem, each boy had his own personality. Also, Charm was not confused as to who she wanted. She knew from the beginning that she wanted to have Cynder, but she just couldn’t have him due to his status as a Magi. These things made it slightly more bearable for me. I also liked her thought process as she picked through the boys in the competition and truly considered which one would be best for her.

I would definitely recommend this trilogy, to anyone looking for a reverse fairytale retelling or a fantasy novel in general. This wasn’t even my favorite book in the series yet! I also hope to read more amazing books by this author.