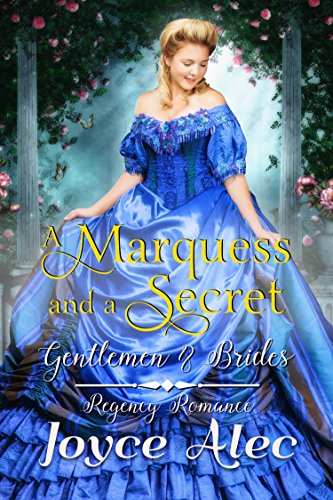 Lord Rivenhall is in search of a bride, but he is worried that people will only look at him for his money. His best friend Lord Michael returns from being a soldier and has a damaged leg. He is being forced to find a bride, but he is worried that she will never truly love him due to his bad leg. Johnathan/Rivenhall comes up with the &quot;brilliant&quot; idea that the two should switch places so that Michael can find a bride who is willing to try dating him since he would be a marquess, and so Johnathan can find a bride who will love him for him and not for his title. They both follow this plan and start to attend balls while switching places with each other.

The biggest issue I had with this book was the basic premise. I could understand how the plan would work for Johnathan. He wouldn’t have women throwing themselves at him because he was a marquess. But, this plan would never work for Michael. Michael would still have women throwing themselves at him simply because he is the &quot;marquess&quot;. When they eventually switch places, Michael’s girl would leave him, and only Johnathan would get to keep his wife.

This story did have its interesting parts, however, especially with the inclusion of Miss Richards. Miss Richards was an unconventional female who didn’t seem very interested in finding a husband. Her character allowed me to be drawn back into the story, and I found myself liking her more as Johnathan fell for her.

I would recommend this book to anyone looking for a quick regency romance read including an unconventional bride and a switching-places storyline.

I received a free copy of this book via Booksprout and am voluntarily leaving a review.