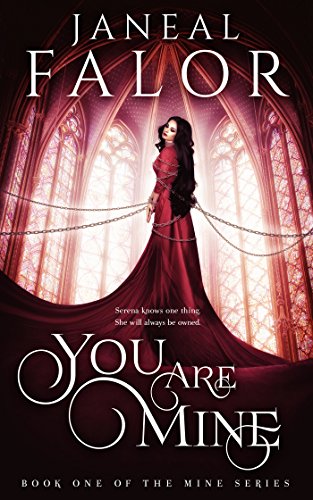 This story takes place in an alternate universe where women are considered the property of their husbands or “Masters”. Serena knows this as she has been owned by her father for many years. She is betrothed to the next Chancellor of the Council, but she thinks that the current prospect might be even more abusive than her father. Then, he is killed in a duel by Zade, an Envadi. The Envadi are not connected to the main parts of society and are considered to be barbarians, but the deal stands, no matter how much her father may protest. Serena has to resign herself to a life of abuse by her new husband, but are the Envadi as barbaric as they seem? She continues to do things that would have caused her to be beaten by her father, but Zade never hurts her and instead helps her to get what she wants. Her rebellious thoughts could lead to her being killed, but Serena is starting to get a taste of freedom and she doesn’t want to let that go.

Finishing this book finally brought me out of a long reading slump, and boy am I happy to be back! I really liked the idea of women rising up in a society where they were being controlled by the men. I thought that this book would be typical at first, with Zade being mean to Serena, saying it’s because he “wanted to protect her”, and then them falling in love. This is not the case at all, as this story really focuses on Serena’s growth into a woman who does not feel the need to rely on others and who understands that she can have rights.

One of my favorite elements of this story was seeing Serena bond with the other women in her life. She learned a lot from them and they found solace in each other in this horrible reality that they were living. I hope to see her bond even more in the future installments of this series.

I would recommend this to anyone looking for a fantasy novel about women gaining rights and control over their own lives.