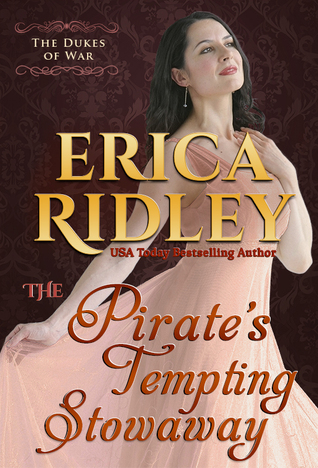 Captain Blackheart is sent to retrieve a woman from the States and bring her to her family in Europe, and he thinks that this will be a simple, albeit strange, mission. When he arrives, he finds out that this woman has consumption, a disease which kills a person almost instantly. He decides to check up on her anyways, partially due to his past, and he is surprised to find that this woman has been living on her own for 6 months but still has not died. Nor was she diagnosed by a proper doctor! He decides to take her to her family anyways, or at least to a proper doctor, and out of the horrible conditions she was living in. ON the long voyage to Europe, the two become close, but he has been ordered not to touch her. After leaving her in Europe he thinks that his mission is over, but Clara recognizes her feelings for him, making it her mission to find him again.

I love these regency romance/historical fiction romance novels, and this was no different. I loved the change of scenery from other Ridley novels. Rather than being in manors or castles, this story takes place half on land and half int he dangerous waters of the ocean.

Clara was an interesting character as well. Although she did need “saving” when she was trapping herself in her house to try and “protect” people from her illness, she was not the damsel in distress throughout the entire story. She actually proved to be quite useful later in the novel, which I quite enjoyed.

Blackheart’s background was also intriguing, and I found myself being drawn in as I learned the stories behind each character.

Overall, I quite enjoyed this novel, and I cannot wait to venture into the next Regency romance!

I received this book for free through Instafreebie in exchange for my honest review.