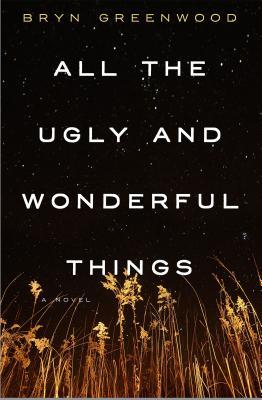 This book deals with issues such as pedophilia, so if anyone is uncomfortable with that, I suggest that you skip this review.

Wavy has basically been raising herself and her younger brother since she was born. Her father is a drug dealer, and her mother is just another one of his women. In her early childhood, she had to live with other family members because they were in jail. Her family members saw that she had some strange tendencies, such as never eating in front of other people and never wanting anyone to touch her. When her mom got out of prison, she had another child, and she received custody of the both of them. Now, Wavy is dodging her mother during her OCD episodes, raising her brother, and avoiding her physically abusive father completely.

This novel is tough. Sometimes, I felt myself hoping that Wavy and Kellen would prevail, even when Wavy was only 13 and Kellen was in his early 20s. I just wanted to see Wavy and her brother safe with him. Other times, I said that what they were doing was wrong, and wanted them both to stop and just go their separate ways. However, this could be life-threatening for Wavy and depressing for the both of them.

I feel that this book would have been more powerful if their relationship didn’t start until Wavy was 16 rather than 13. 16 is a more reasonable age, and it is arguable that at 16 she has the brain to truly make that decision and leave the parents that never raised her. Instead, the relationship starts at 13, when it is easier to say that their relationship was wrong because she “didn’t really know what she was doing”.

I enjoyed this book because it drew me in and it confused me. I didn’t know who to blame truly in this book. Some say blame Kellen, but he is only the easiest to blame. Wavy’s parents could be blamed because they did nothing to stop anything, but Wavy’s mother wasn’t even in her right mind. Wavy’s family could be blamed, but they didn’t even have contact with her. The ending of the novel only confused me even more and made me think about whether or not the decisions made by adults in the story were the right ones. I loved this book because of the discussion of right and wrong, not necessarily because I loved the age that Wavy was given or because I loved the subject matter. I like to read difficult books, and I hope to be able to read more by this author in the future.

5 thoughts on “All the Ugly and Wonderful Things Review”