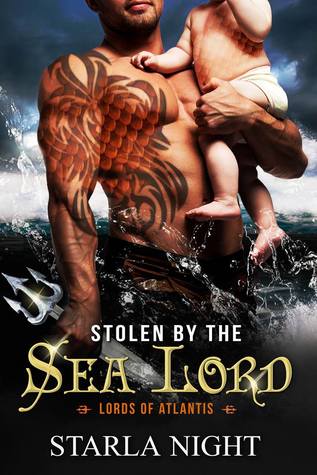 Elan was a respected Lieutenant of the mer city Dragao Azul. He lost everything when his son was born, and his human wife was forced to travel to the surface. He was forced to become a general, and was separated from his son. Now he has escaped and wishes to reunite his family.

Zara nearly died when she was forced to the surface, and Elan broke her heart. Now, he has returned with her son, but she has already missed his first year and feels like a failure as a mother. Elan claims that Zara has a power that will save them, but Zara is not sure if she can even believe in herself anymore. At a time when mer-human partnerships are already shaky, it is up to them.

This book was one of the longest books in the Sirens and Scales boxset, but according to the Goodreads description, the paperback version is probably even longer. I wanted to enjoy this story, and I really wanted to like the characters. However, I could not bring myself to understand why Zara was so angry with Elan. He had done his best to come back and reunite their family, and he had even brought their son. He wanted to rekindle their relationship and this would have been a perfect time. Instead, Zara is simply angry that…I don’t even know…that he took too long?

The parts of the story that I did enjoy were mostly Zara bonding with her son, but other than that, it seemed confusing. I found myself getting angry at Zara rather than wanting her and Elan to succeed. I wouldn’t recommend this book in the set.