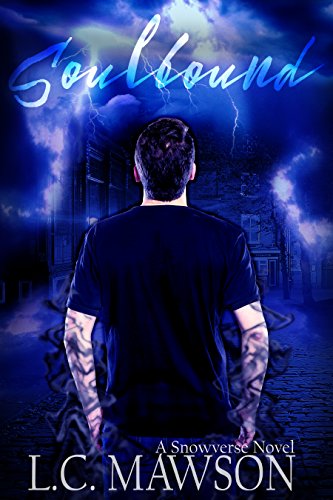 This story takes place during the events of Kingsguard in the Freya Snow series, except it is from Damon’s point of view. If you haven’t read Kingsguard yet, don’t read this book, because it will definitely spoil some things for you!

Damon has returned to Earth after spending years in the Underworld. He has been sent to eliminate the Angel so that they won’t threaten his throne. While on Earth, he runs into his old crush Freya. He knows that they dated some in high school, but his memories of that week are so fuzzy that he doesn’t want to focus on them. Instead, he decides to start over and ask Freya on a date.

While hunting for the Angel, he goes with the Kingsguard to the place where the Angel lives. While there, his friends find her and launch an attack on her. Damon is astonished to see that Freya is the Angel, and he knows that his hope for escaping his father by eliminating the Kingsguard will be successful. All he has to do is gain Freya’s help.

I think I might have loved this version of the story as much if not more than I loved Kingsguard. Seeing the story from Damon’s point of view, and seeing him getting close to Freya again was so special for me. I also thought that seeing the plot from his point of view made it even more action-packed and engaging as before. I was also so excited to get to learn more about the Demons that Damon spent the past few years with while in the Underworld.

I would recommend this series to anyone looking for a diverse action-adventure romance novel.