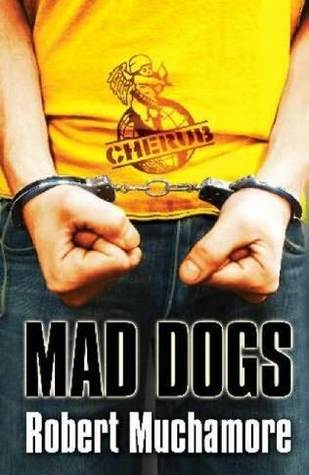 Gabrielle and her boyfriend Michael are on a mission to infiltrate the gang “Slasher Boys”. Everything seems to be going well, but when Gabrielle goes to deliver something to a contact, she is stabbed nearly to death by a member of a rival gang: the Runts.

While James and Dana are assisting the instructors in the last few days of basic training, James returns to campus early. Then he is made aware of Gabrielle’s condition and is asked to take on the mission with Bruce in her place. He has to use his former relationship with Junior from Class A to his advantage in order to get into the criminal world.

Large tries to blackmail Lauren so that he can keep his job, but she works with Kyle to try to get him fired.

This book did tone down on some of the things that irritated me about James in the other titles, however, it still had its bad moments. The one thing that upset me the most was when James pretended to like Large’s daughter in order to blackmail Large into leaving Lauren alone. That just seemed wrong to me, teens dating someone’s daughter to get to her father.

Nevertheless, I actually enjoyed the story. I especially liked hearing about what Junior had been doing with his life since we left him in Class A, and I hope that the rest of the series continues to reunite us with the characters the kids interacted with in previous books.

The only character who I wanted to know more about was “Wheels”. He seemed pretty interesting to me but because he was not a main character he did not receive as much time focusing on his backstory.

I would recommend this series to older teens who want to read a developed and long spy series, and who do not mind adult themes.