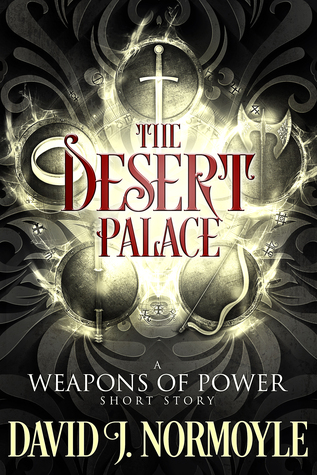 This short story is about a boy named Zedane who had been training in the Crystal Towers for 5 years and had just returned to his family. However, the Crystal Towers have instilled in him a feeling of superiority. Now, he believes that anyone who does not have magic is below him, and should respect him. When one girl doesn’t do this, he loses control and accidentally kills her. Thinking she is unimportant, he goes on his way, just to find out that the girl he murdered was High Lord’s daughter.

Although the story was short, it was very well written. I found myself angry at Zedane, but simultaneously seeing how he became brainwashed after his 5 years of training. After reading this short story, I absolutely cannot wait to start the rest of the Weapons of Power series.