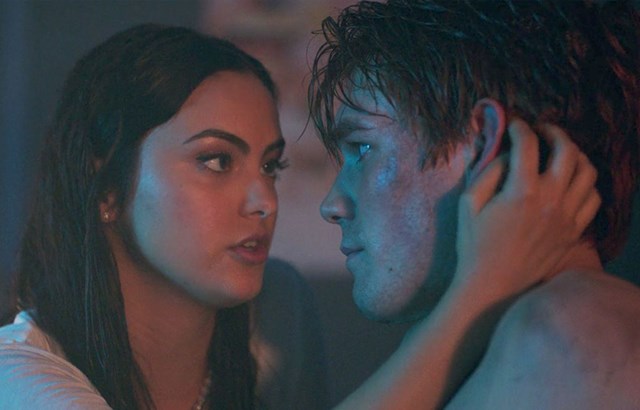 Archie’s Red Circle is failing, as the Principal promises to disband the football team until they make an official apology and eliminate the group. Many of the players say that they are going to quit the group, but Archie is determined to get revenge for Mrs. Grundy and his father. He goes into the SouthSide with his gun, spray painting red circles on the buildings. He scares off some Serpents with his gun but he scares himself in the process. Veronica has to go to the school to retrieve it for him, and she tells him that she threw it away. Then, when the football players come to Archie to apologize, they get into a fight in the Serpents, which ends with the Serpents being scared off by the gun that Veronica took from Archie, and one of Archie’s friends being stabbed in the leg by a Serpent.

Betty receives a letter from the Black Hood saying that he was inspired by her Jubilee Ball speech and that included a cipher that only she could solve, in order to find out where his next attack would be. At first she doesn’t tell anyone about the rest of the letter, but then she trusts Jughead in order to solve the cipher, and in the end has to tell the other town officials after the Town Hall meeting turns out to be the Black Hood’s next place of attack.

My favorite part of this episode was definitely seeing Veronica be a bit responsible. Archie is going completely off the rails, yet no one is noticing because they are all going a little crazy due to these attacks. I hope that someone notices how bad he is getting before he kills someone.