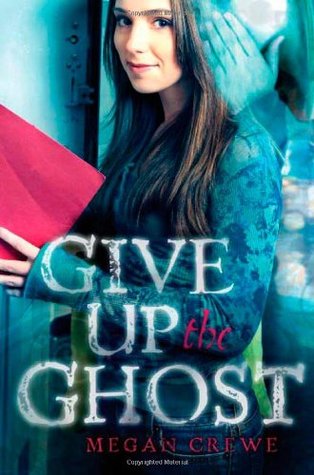 Cass has a special gift. She is able to talk to ghosts. She discovered this gift on the night when her sister died, when she saw her sister crying on her bed before her parents announced the news to her. Throughout the 4 years since then, she has spent her life trying to keep it a secret. She has met people who have died in the past and who’s resting place is the school, and so most of her friendships are with ghosts and not people. She isn’t necessarily an outcast in her school, but she definitely is not the most popular girl. Her favorite thing about ghosts is that they can be everywhere and have no one see them. She gets her best gossip from them, and can also learn which people to avoid.

One person to avoid in particular is Danielle, a girl who used to be her friend but now is her worst enemy. Her and her popular friends always have an ulterior motive if they ever want to speak to Cass. Cass doesn’t need them anyways, so avoiding them is fairly easy. Well, it was easy until Tim came into her life, asking for her help in speaking to his dead mother.  She doesn’t believe him at first, and is worried that he will just blab her secret to his friends, but eventually she gives in to help him. While spending time with him, she begins to realize that not everyone is as simple as they seem.

I really, really, really enjoyed this story. Usually I hate the typical “Teen girl with powers meets boy” story, but it turned out to not be as much of a romance as I thought it would be. She was a character who had found it so hard to care for anyone who wasn’t a ghost after her sister’s death, and this attitude follows her throughout the novel. I loved Tim as well, as it shows the truth about losing a parent and how it feels. Most books simply use parental death as a reason to pity a character, wheras this story shows the truth of how shallow that pity can feel.

I would recommend this book to someone looking for a meaningful YA story with unique main characters and a full plot line. I hope to read more by Megan Crewe.