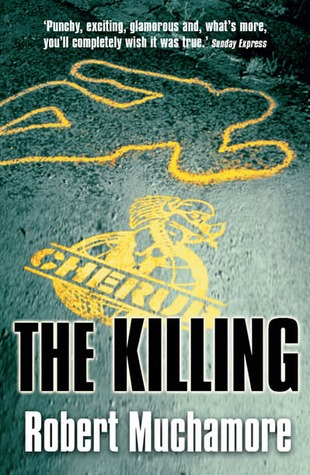 James is in trouble. When his girlfriend Kerry broke up with him, he took his anger out on a little 11 year old kid. He didn’t know that this kid had been going through a hard time in his life, but all the others in the complex knew and shunned him for his actions. For a few weeks he is forced to do menial chores around the complex and stay home from vacation. Now, he is finally able to take on a mission.

A man named Leon used to be a small time crook, but now he is making more money than he had before and the cops want to know where it is coming from. James’ job is to make friends with Leon’s children, and find out what is really going on behind the scenes. This means that he is going in with another 17 year old spy named Dave, and they are going to be able to blend in and mingle with regular kids their own age.

While James thinks that this is going to be a simple mission, it turns out that the main lead has committed suicide by jumping off a building 13 months earlier. Now James must interrogate the eyewitnesses even more in order to find out any information on this complicated mission.

I didn’t like this book much compared to the other books of the CHERUB series. They have always acted a bit older than they should with dating and having girlfriends at the middle school ages that they have been so far in the book. However, in this one they seemed to just push the envelope even more. Almost on every page it seemed to be another comment about how hot one girl was, or how much James wanted to be able to date another. Dave simply made it worse. Since he was seventeen, he basically had sex with whomever he wanted, and it wasn’t even hidden in the story. His girlfriend for the mission was named Sonya, and she was the 16 year old daughter of Leon. One day, as they worked with Leon for the mission, Leon visited them at their house randomly. When he leaves, Sonya comes out from hiding and James sees her completely naked. When she became flustered and tells him to stop staring, James says “I’ve seen better.” After Dave tosses a bathrobe at her to put  on, she also makes a comment about having to hide in the kitchen when they were in there naked the day before. James is 13, Dave is 17, and Sonya is 16.

This was pretty much the last straw for me. I finished the story because I loved the murder mystery portion of it. I have to say, that through everything the murder mystery is the thing that is going to make me continue to read the series. However, I cannot give this book a high rating, because the constant innuendos throughout with all these characters younger than or the same age as me just made me extremely uncomfortable. I am not uncomfortable reading sexual content, whether it is in a book about adults or about teens. But when it is a main staple of a book in a series where the main character is barely 13, I am uncomfortable. If I was 13, I would have picked up this book thinking that it was a fun spy story about characters my age, and been shocked/scarred by all of this unnecessary banter throughout the novel. I wouldn’t recommend this book to anyone, but if you are willing to overlook all of this, then you will probably enjoy the actual murder mystery portion of the story.