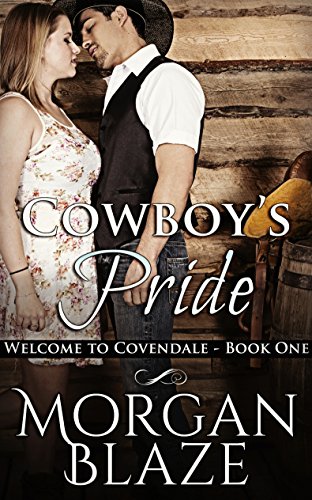 This book is free on Amazon right now!

Sydney has been in love with Cam ever since they snuck off together to talk for hours when she was on a sixth grade field trip to his father’s farm. However, when she asked him out to Junior prom, he simply laughed at her, causing the whole cafeteria to laugh, embarrassing her. For the past 6 years after that, she has avoided him and ignored him. However, now, she is going to be married to a man named Tommy, and she wanted the carriage that Cam and her sat in during the field trip to the farm. When she confronts him, for some reason, he is upset when he hears who she is marrying, but he agrees to fix the carriage. Since she is now spending more time around the ranch, she is learning the truth about cam, and about her fiancee.

Y’all already know what’s about to happen. It’s a cliche story. But I actually enjoyed this cliche. It’s been awhile, but I found that I liked this a lot more than the normal INSTALOVE+AMAZING SEX=STORY plotline. I found both characters to be likeable, the story was sweet, and it was just simply written in a style I enjoyed. The only thing that’s keeping it from getting a 5/5 is the end, where I felt that there was an unnecessary “plot twist”, but it was still a standalone, and I didn’t feel as if at the end of the story that everything just fell apart.