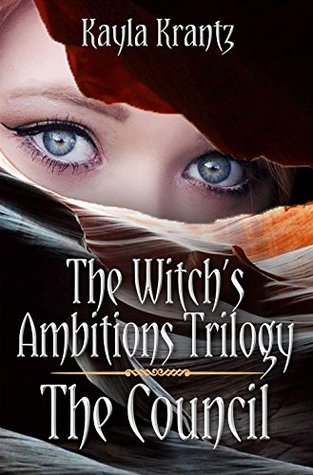 I received a free copy of this book in exchange for my honest review.

Lilith Lace thinks she is born powerless, and doesn’t even want to have powers. Her friend Clio has fire powers, and is perfectly happy to have them. Her other friend Helena doesn’t have any powers, but she is determined to find some in order to be able to perform in front of the Council.

Lilith slowly begins to gain what seems to be some strange telekenesis powers right before the Council come to her town, but her leg that was hurt by deep burns while she was younger also begins to bother her more than usual. When the Council comes, she has to show her true powers when saving a councilman, and she is taken away from both Helena, who remains powerless, and Clio, who is taken with the Fire Adepts, and is put into training by the Council. She is put under the guidance of Crowe, a shape shifter whom she hates almost immediately, in order to hone her powers. Secrets start to come out about what her powers truly are and what really happened to her leg.

Lilith is honestly one of the most determined book characters I have read, as she never lets her disability of having a bad leg stop her from doing what she wanted to do. Although she doesn’t want to be a part of the Council, she doesn’t play the part of the spoiled brat, and does treat the members respectfully. She is always a character who plans and executes instead of mindlessly flailing trying to get out of a situation she dislikes.

I recommend this book to anyone who is interested in reading a new trilogy with excellent worldbuilding, a great main character, and a creative and interesting storyline.

2 thoughts on “The Council Review”